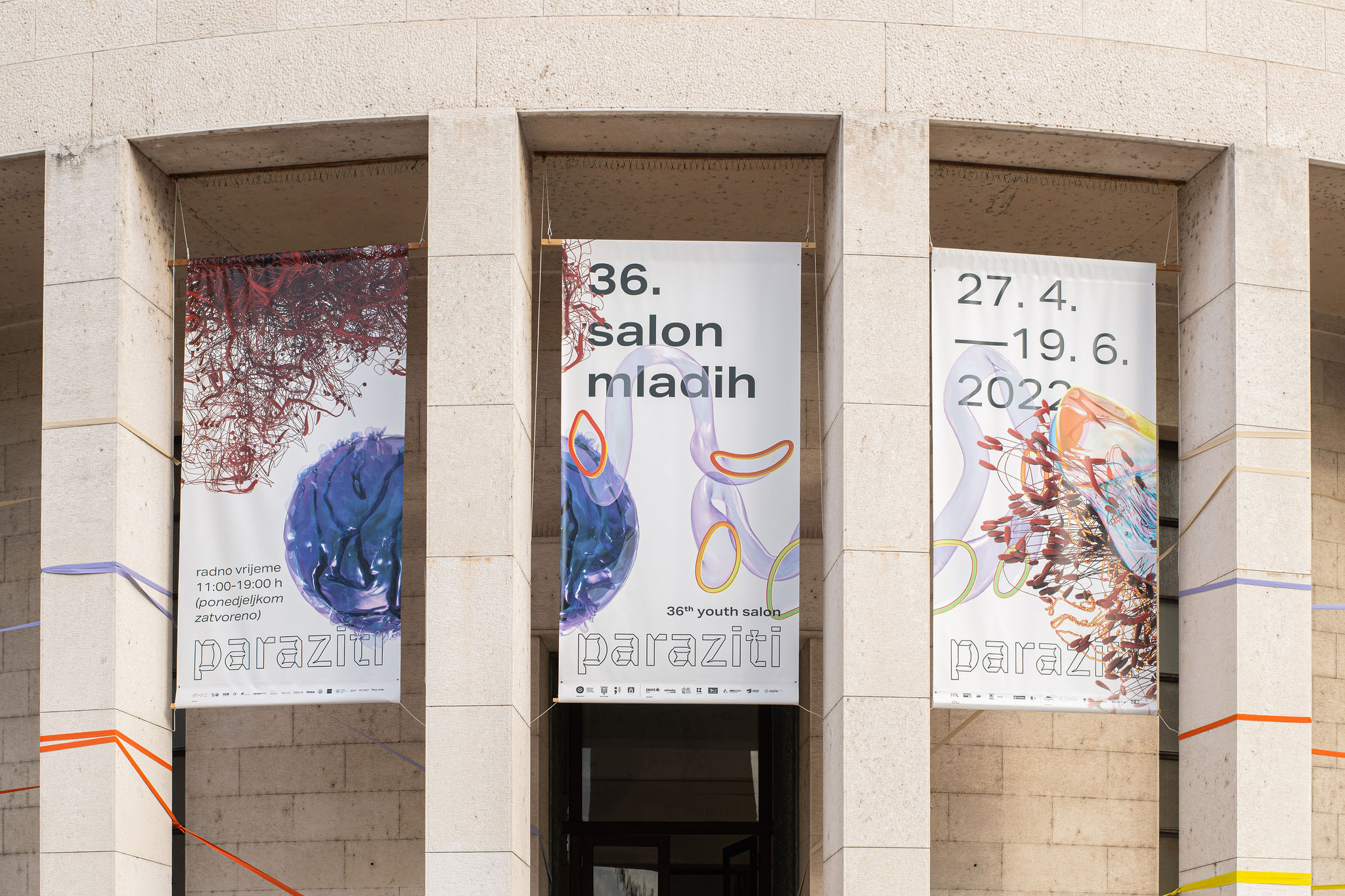 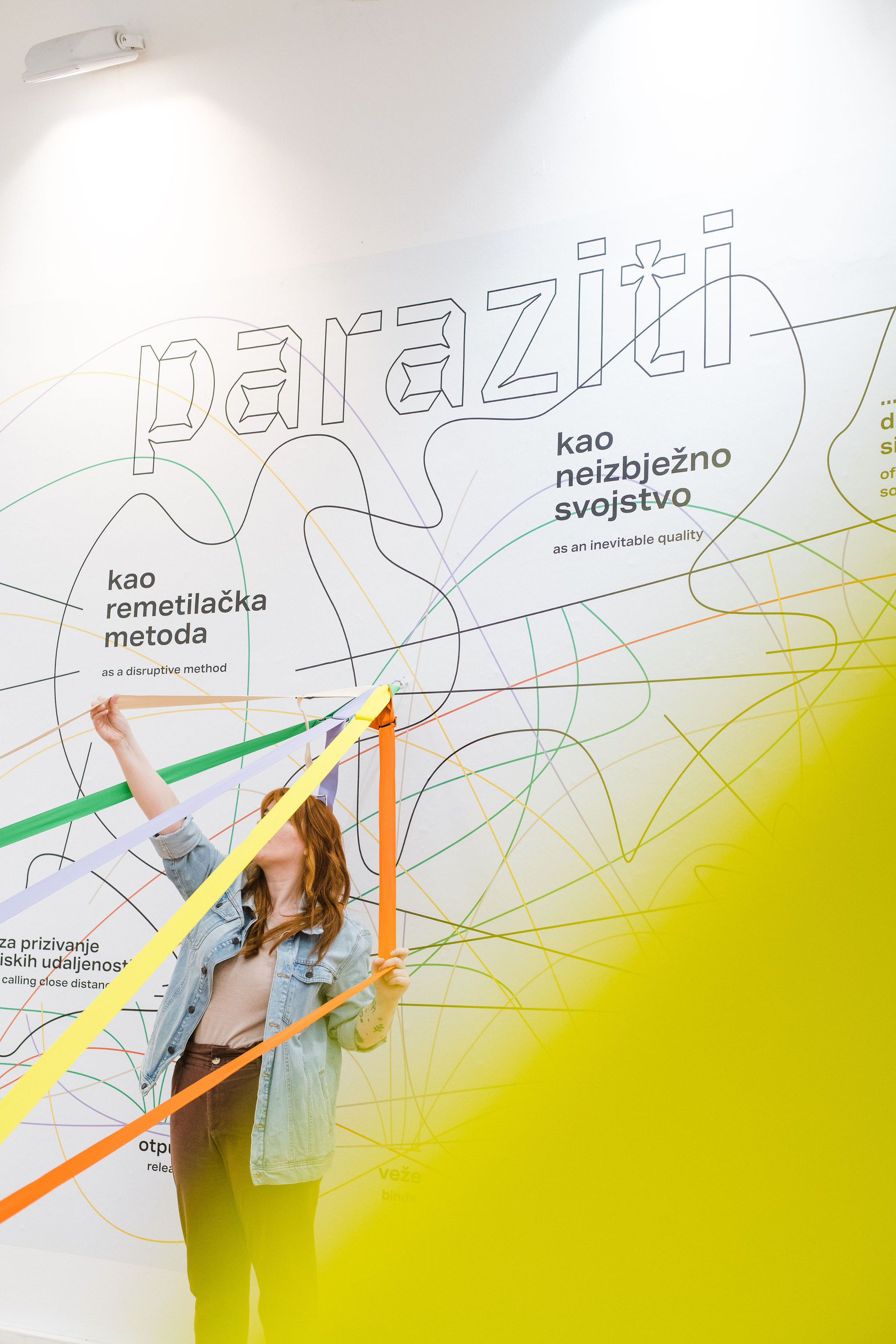 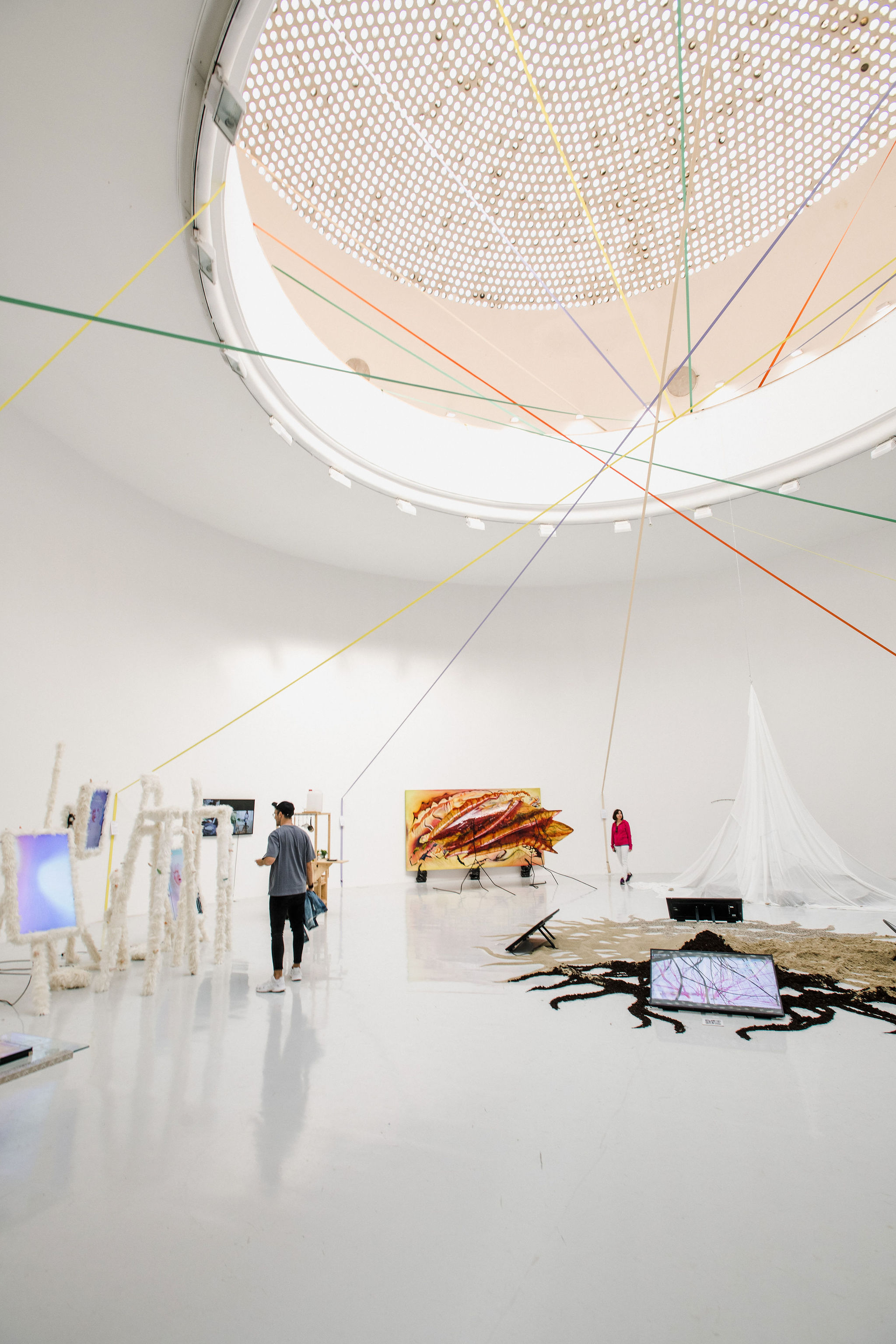 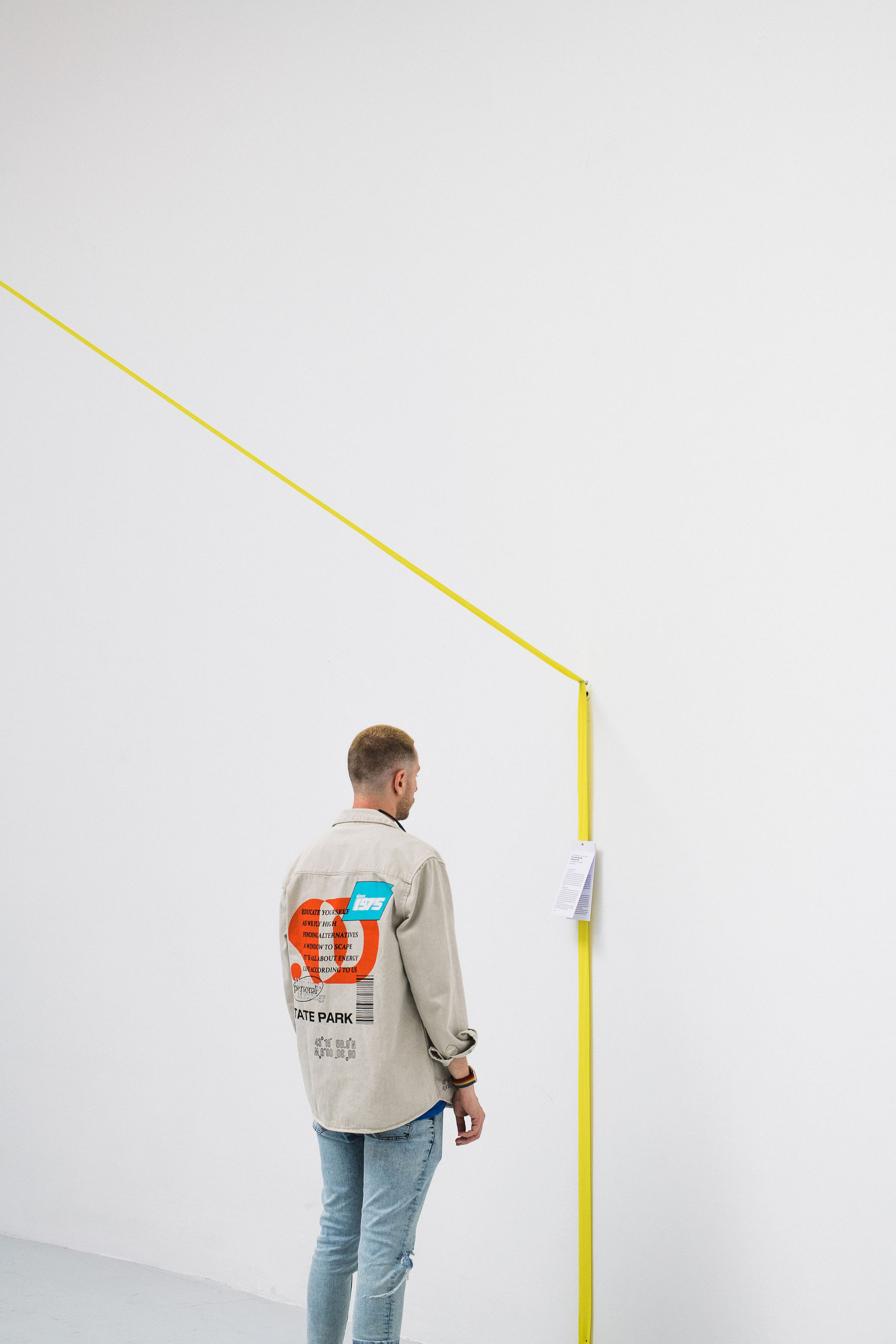 The Youth Salon is the biggest, longest and most respectable exhibition of emerging artists under 35 in Croatia. Held in the Meštrović Pavilion in Zagreb, the home of the Croatian Association of Artists, the main exhibition is followed by accompanying programs on other locations in the city, forming a two-month long art manifestation that consists of exhibitions, lectures, round tables, artist talks, studio visits, workshops and music concerts.
This year's 36th edition of the Youth Salon was marked by the central exhibition concept "Parasites" by curators from Kućća collective. The visual identity of the manifestation was based around the idea of parasitism - the aggressive imposing of oneself into a predefined, sterile space. 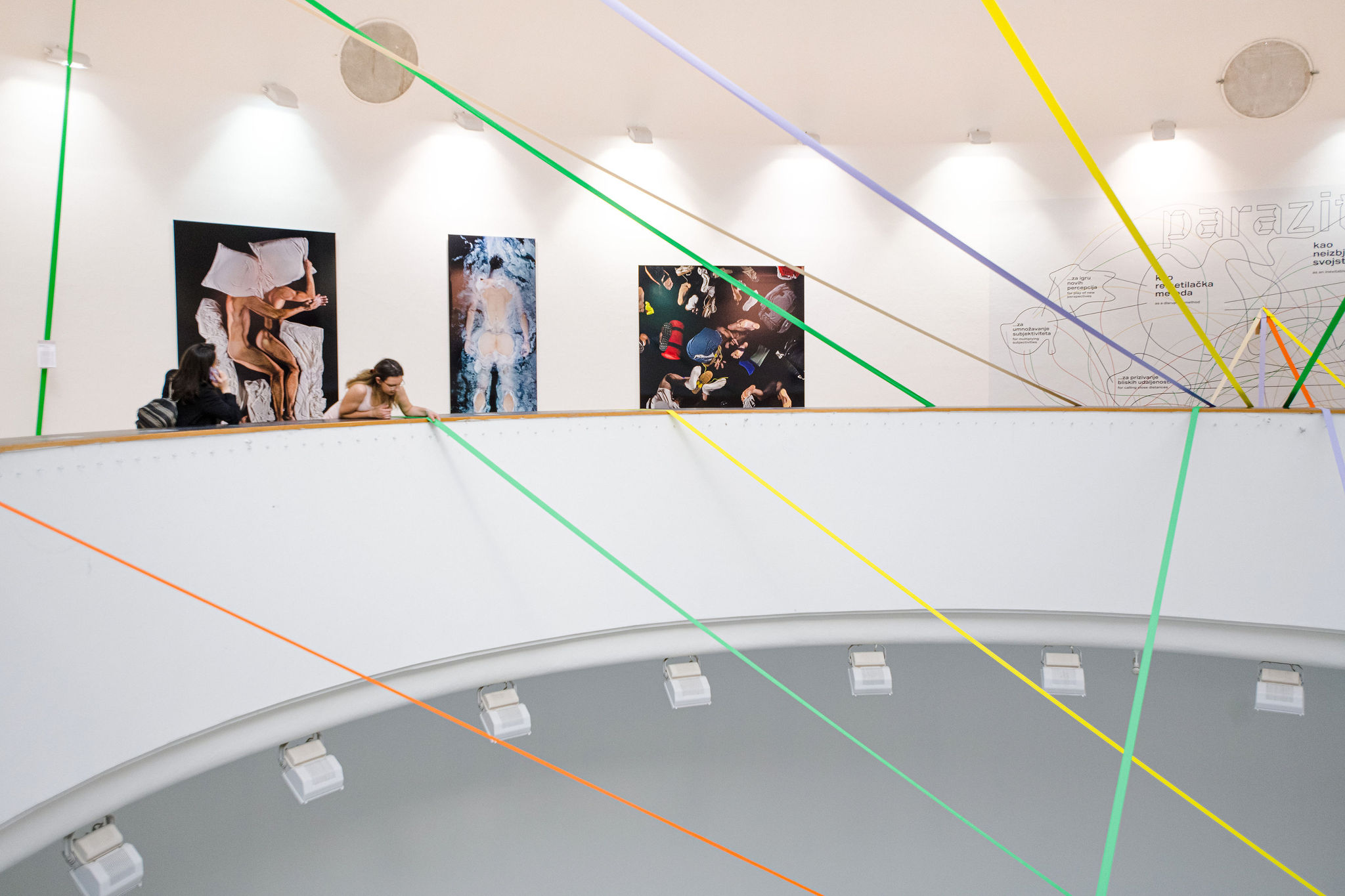 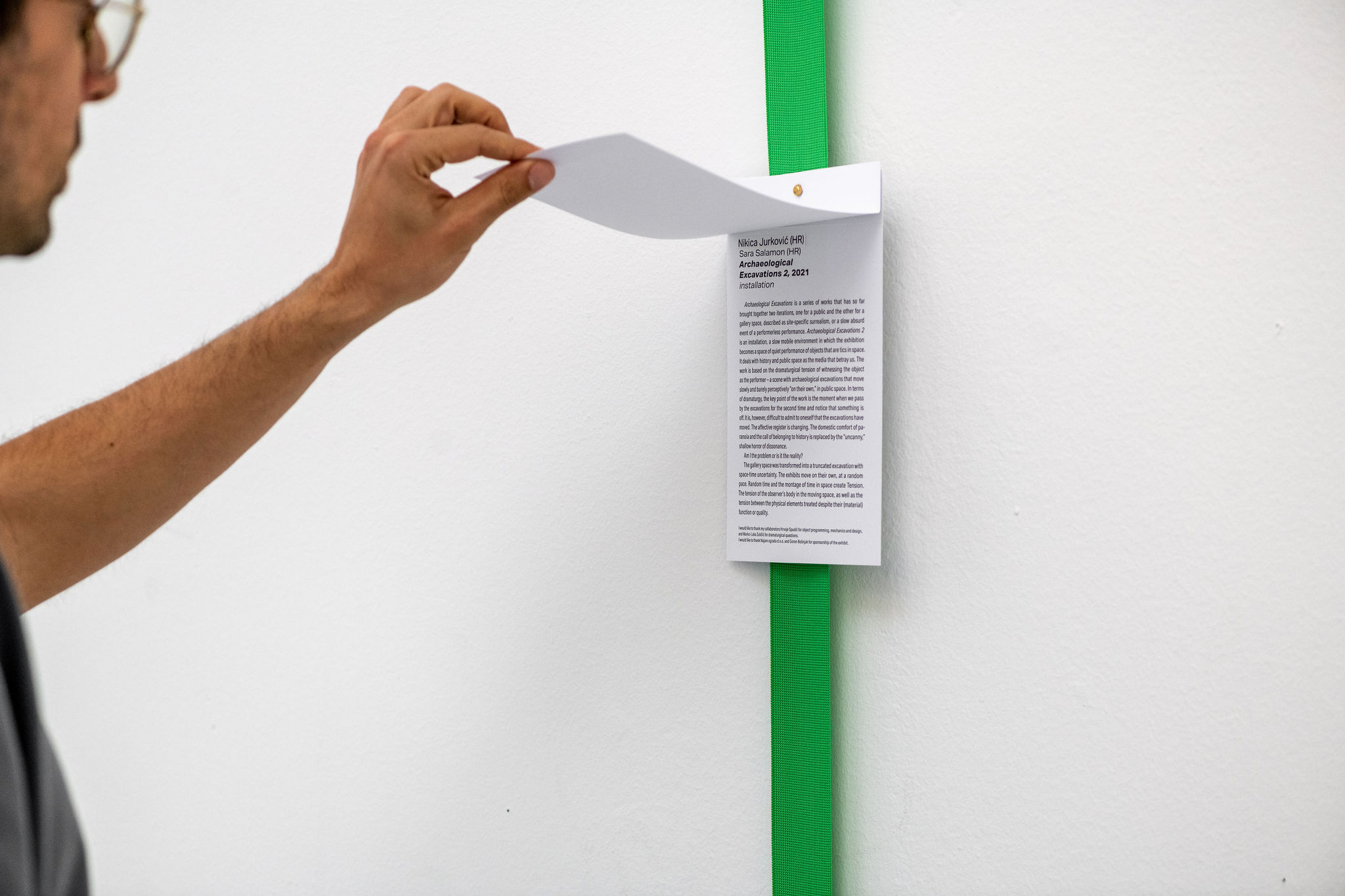 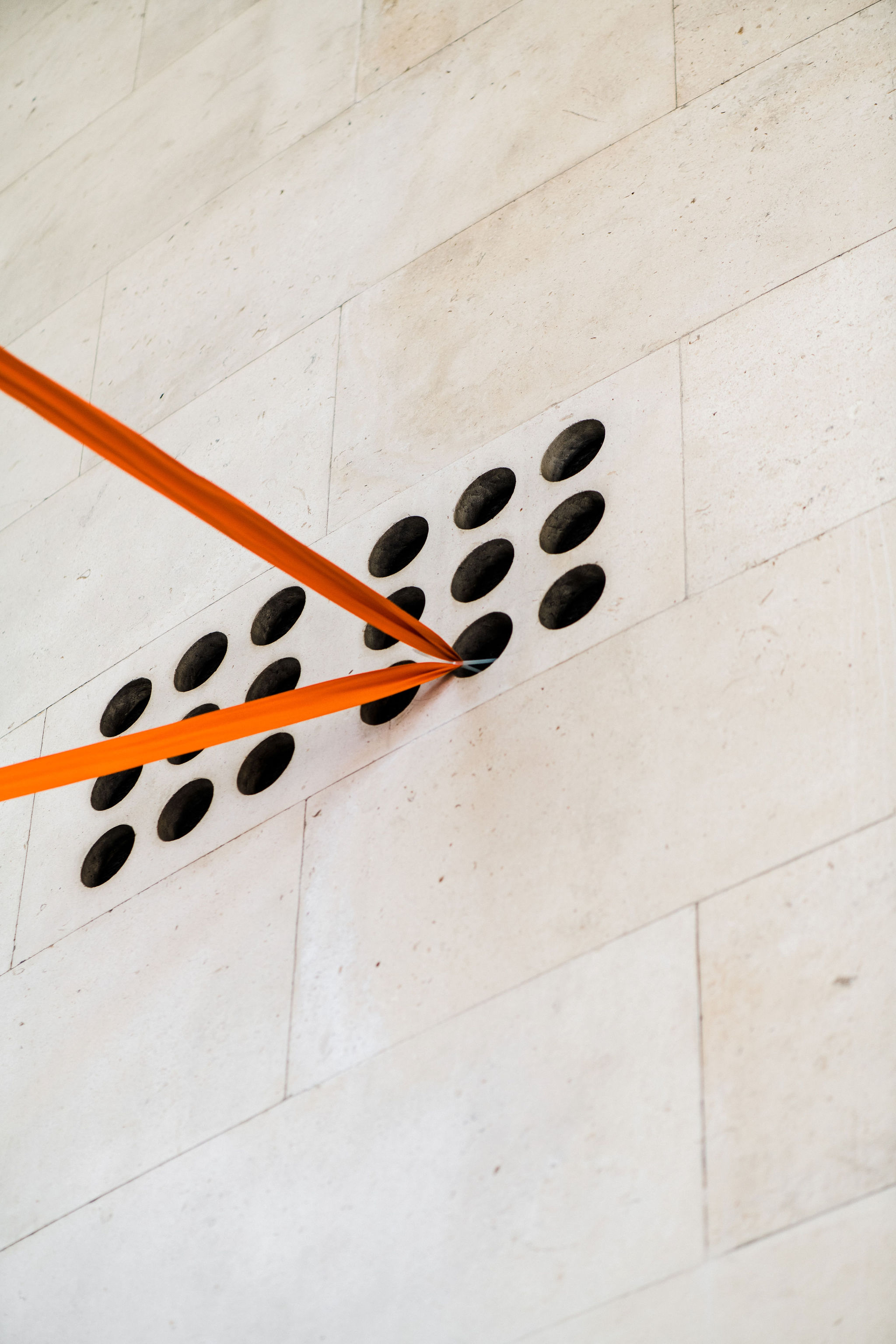 Although in the visual identity the parasites were formally depicted through the interpretation of 3D artist Marta Stražičić, the idea of parasitism was taken to a more symbolic level for the exhibition design. Using 1250 meters of coloured elastic bands, the interior of the Meštrović Pavilion was taken over by a complex installation of intertwining spatial vectors that interfere with the architecture of the exhibition space, the exhibits, and even visitors' paths. This elastic spatial web of "borders" represents how formal rules can be bent, twisted and moved through one's actions. 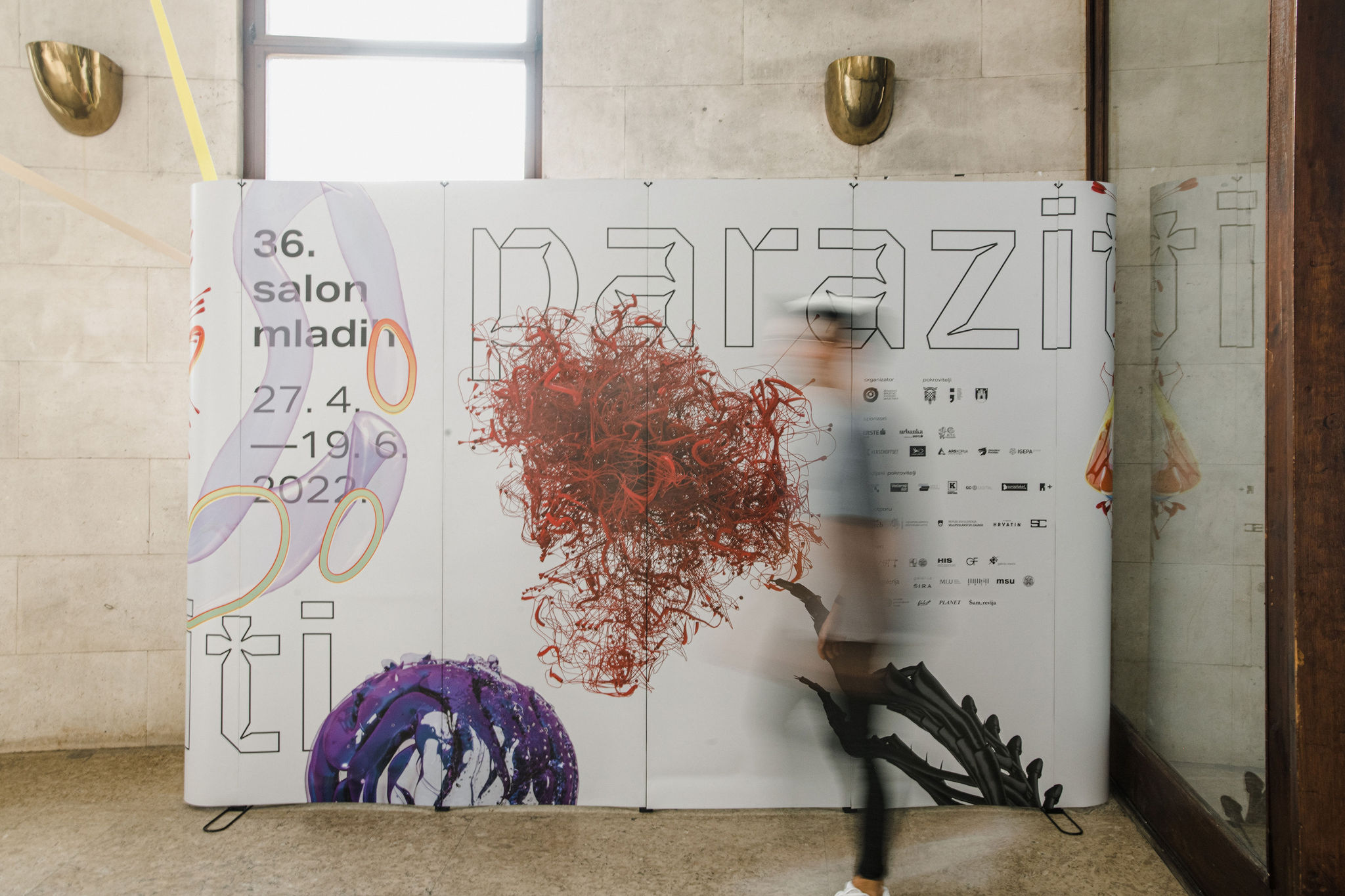 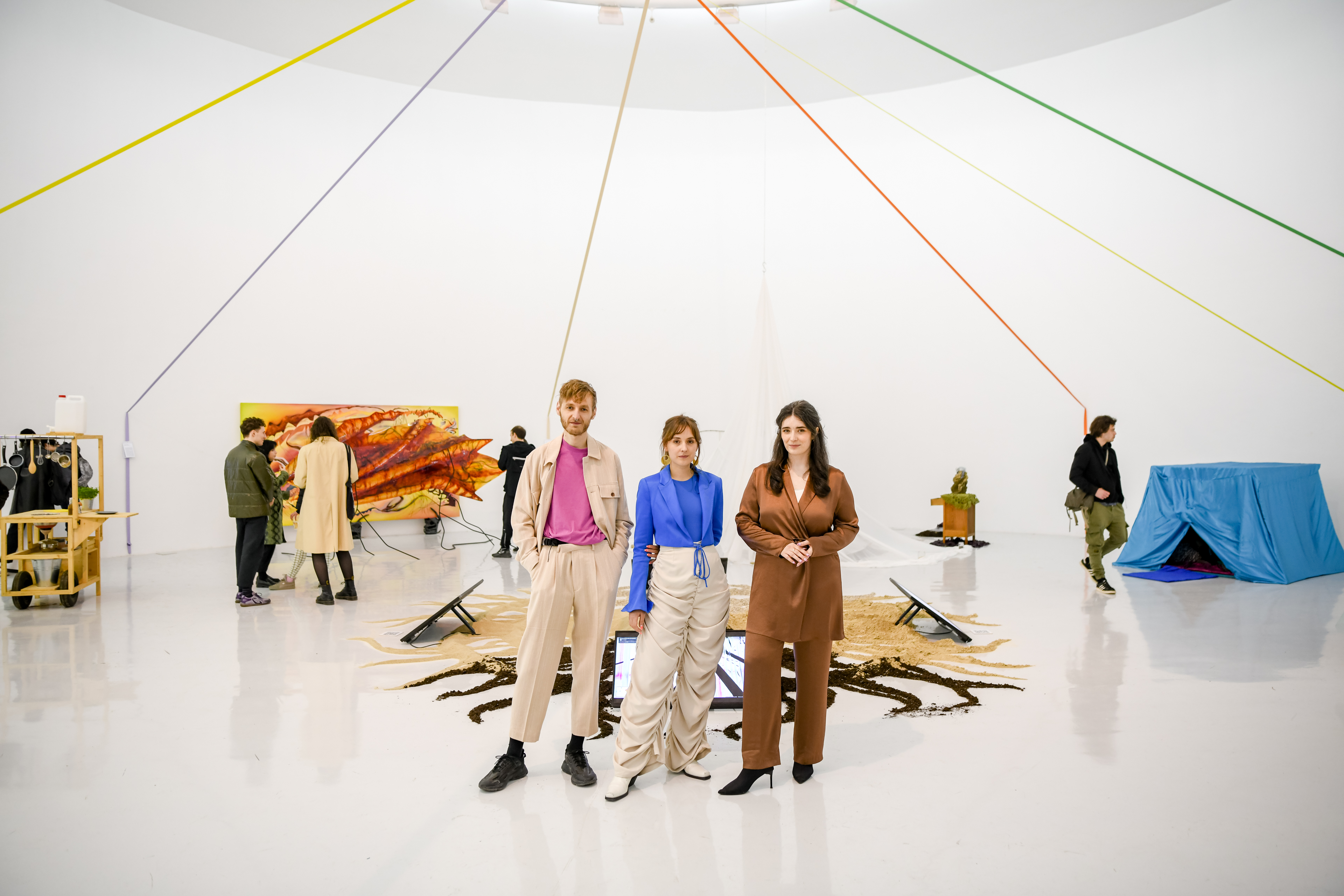 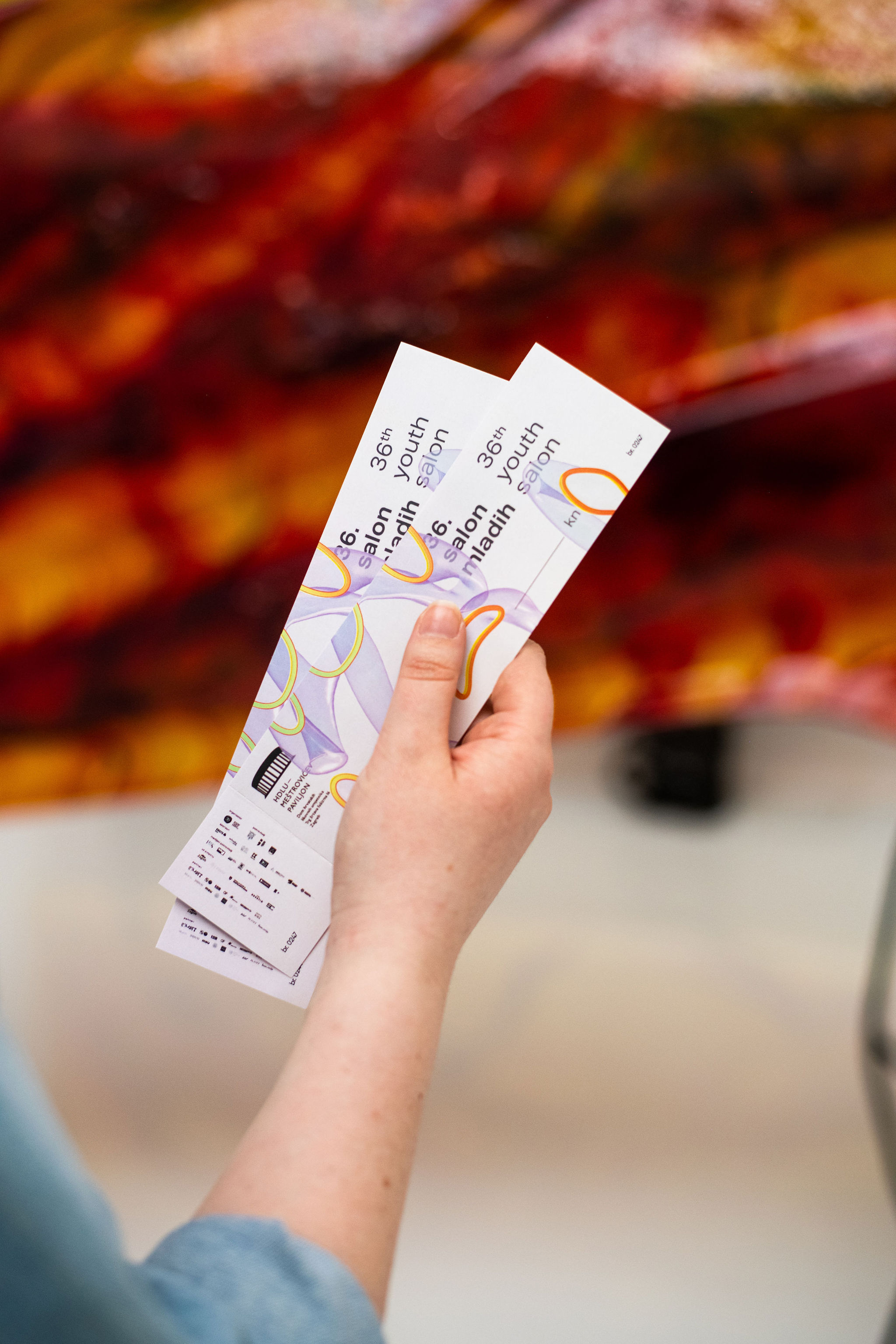 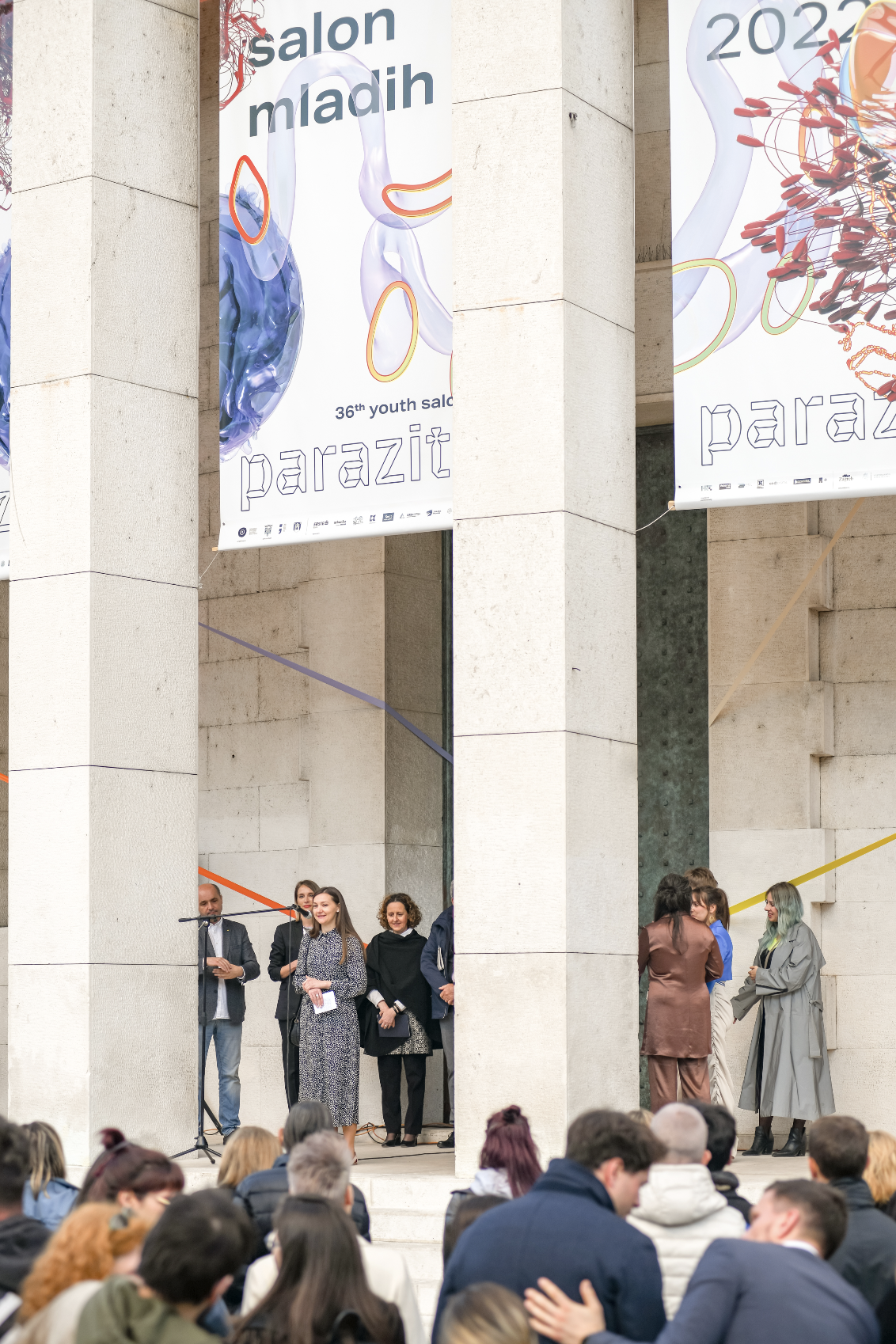 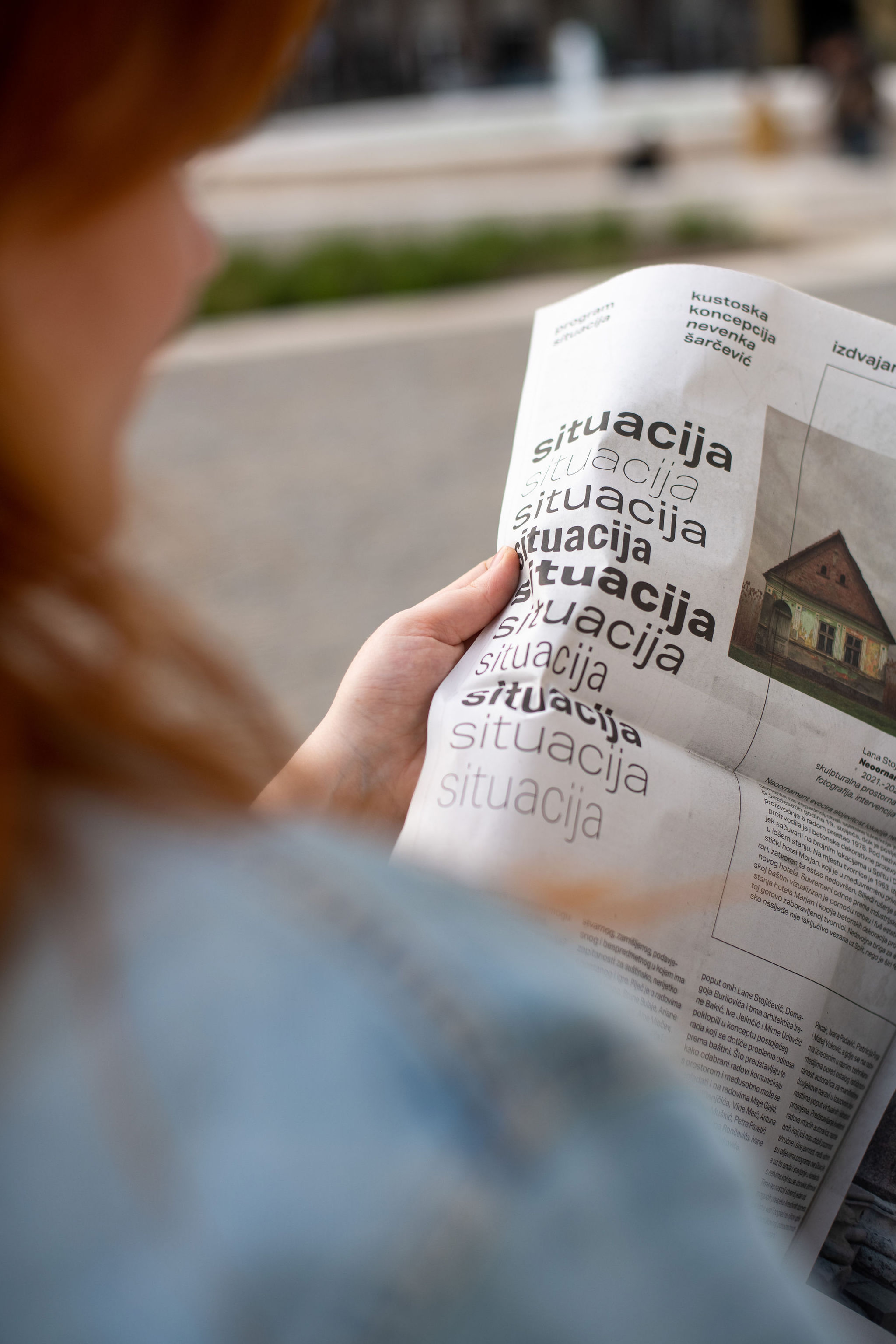 The imposing spatial web has a single starting point, placed conveniently in the centre of the curator's conceptual mind map shown as a 6 metres wide infographic on the building's upper gallery level. From there, the "rays" continue in various directions, visually slicing the otherwise soft, rounded space of the Meštrović Pavilion in an unpredictable manner. The symbolic parasite continues its imposition outdoors, weaving an organic net around the pavilion's pillars left for passers-by to interfere, modify and play with at their will. 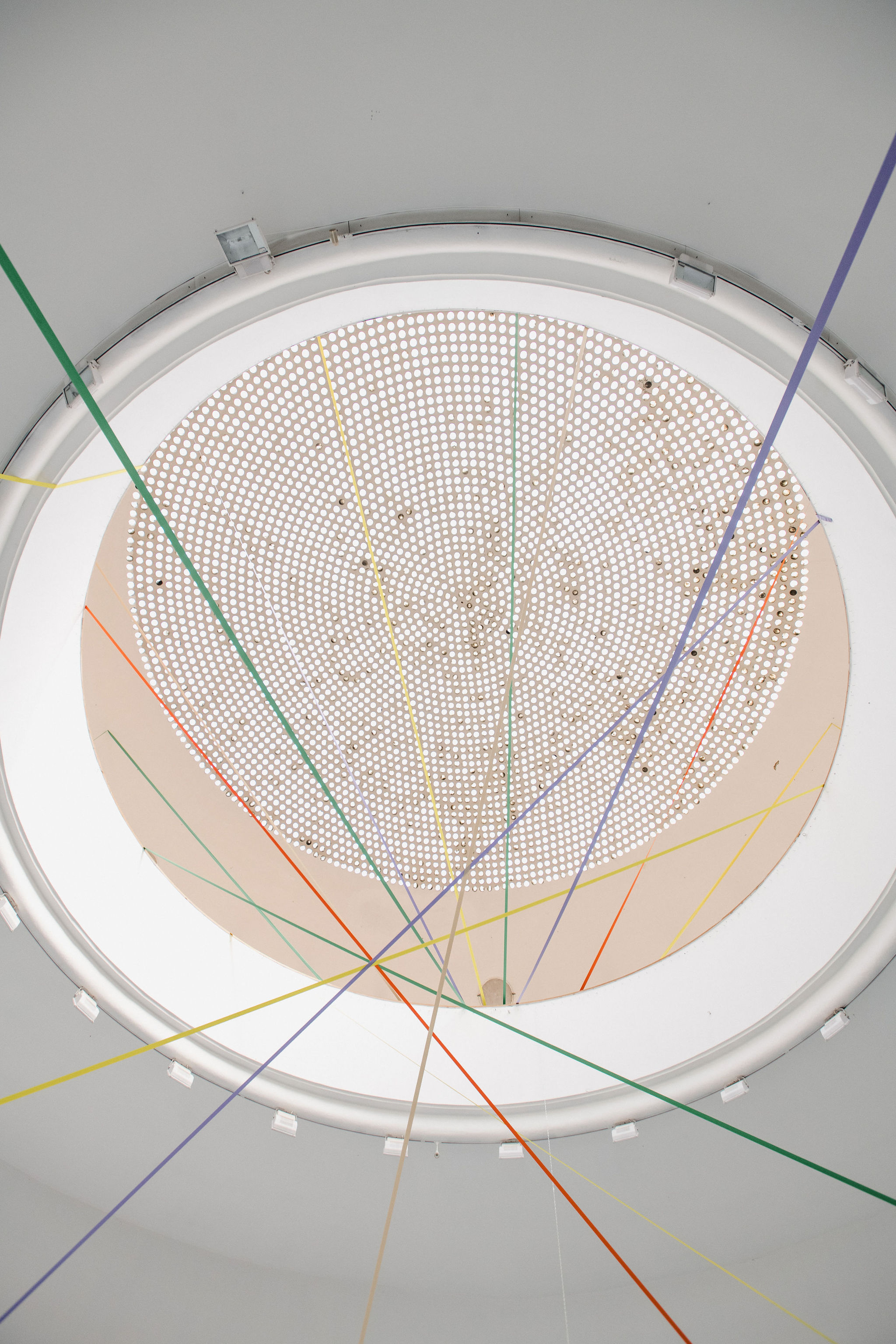 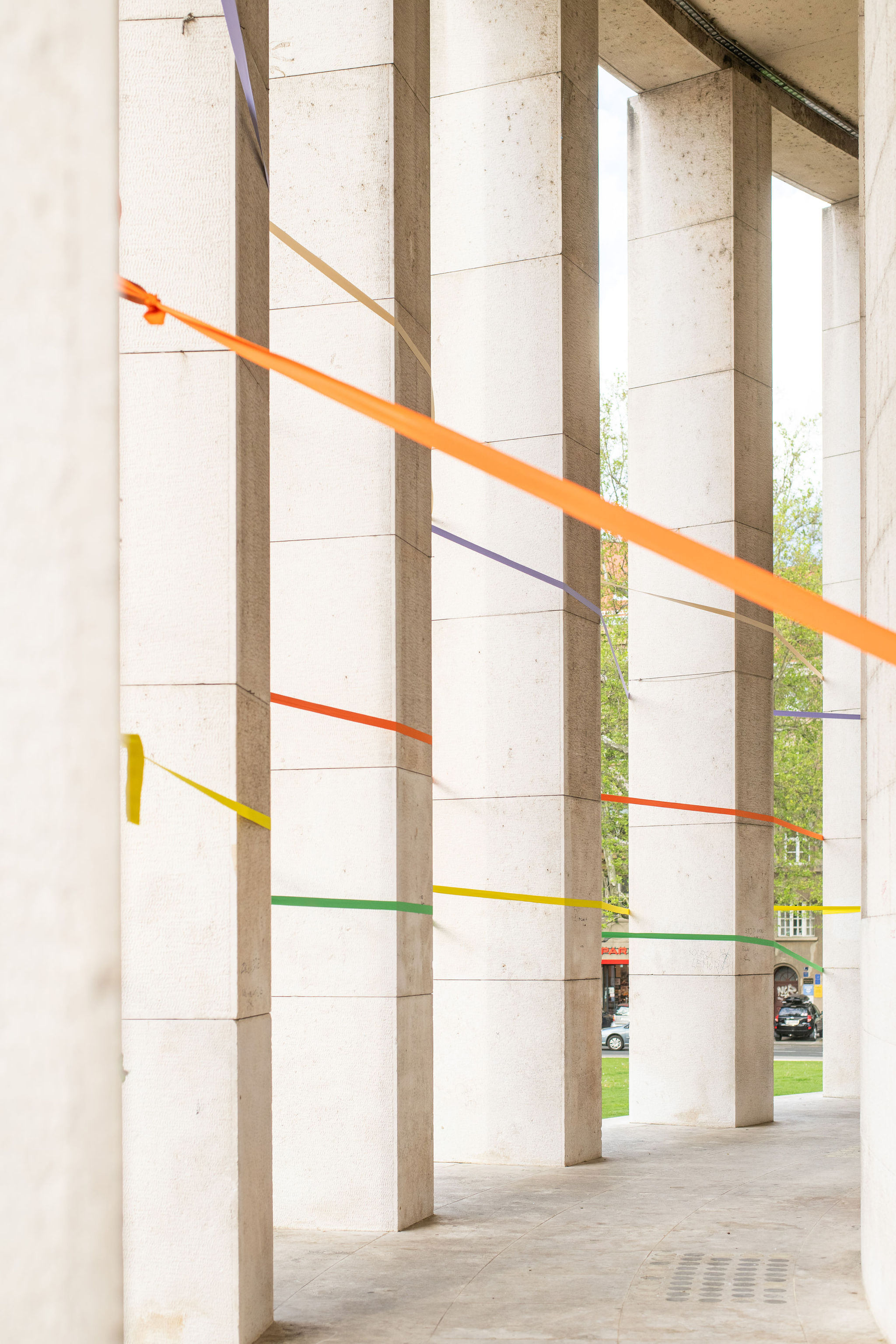 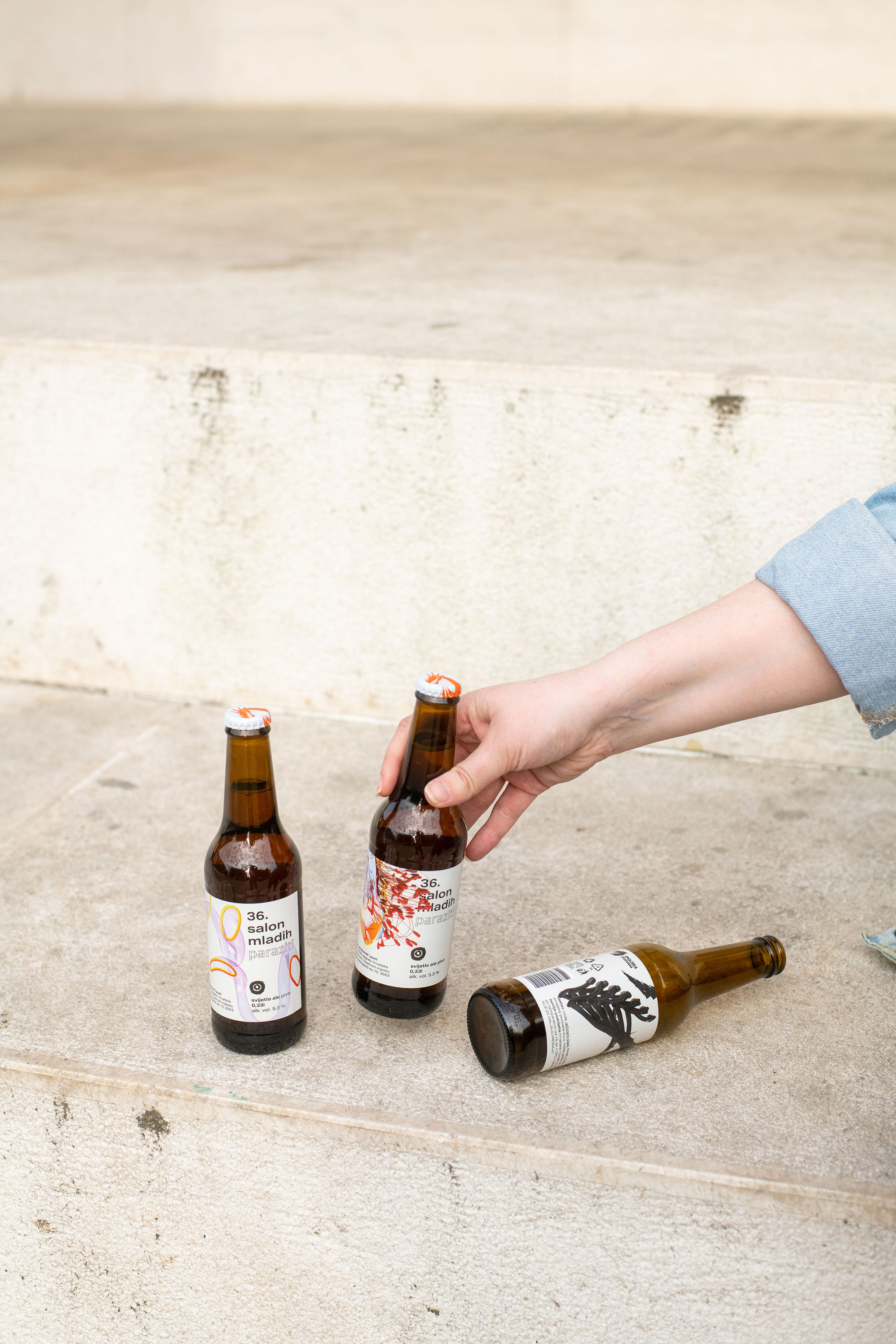 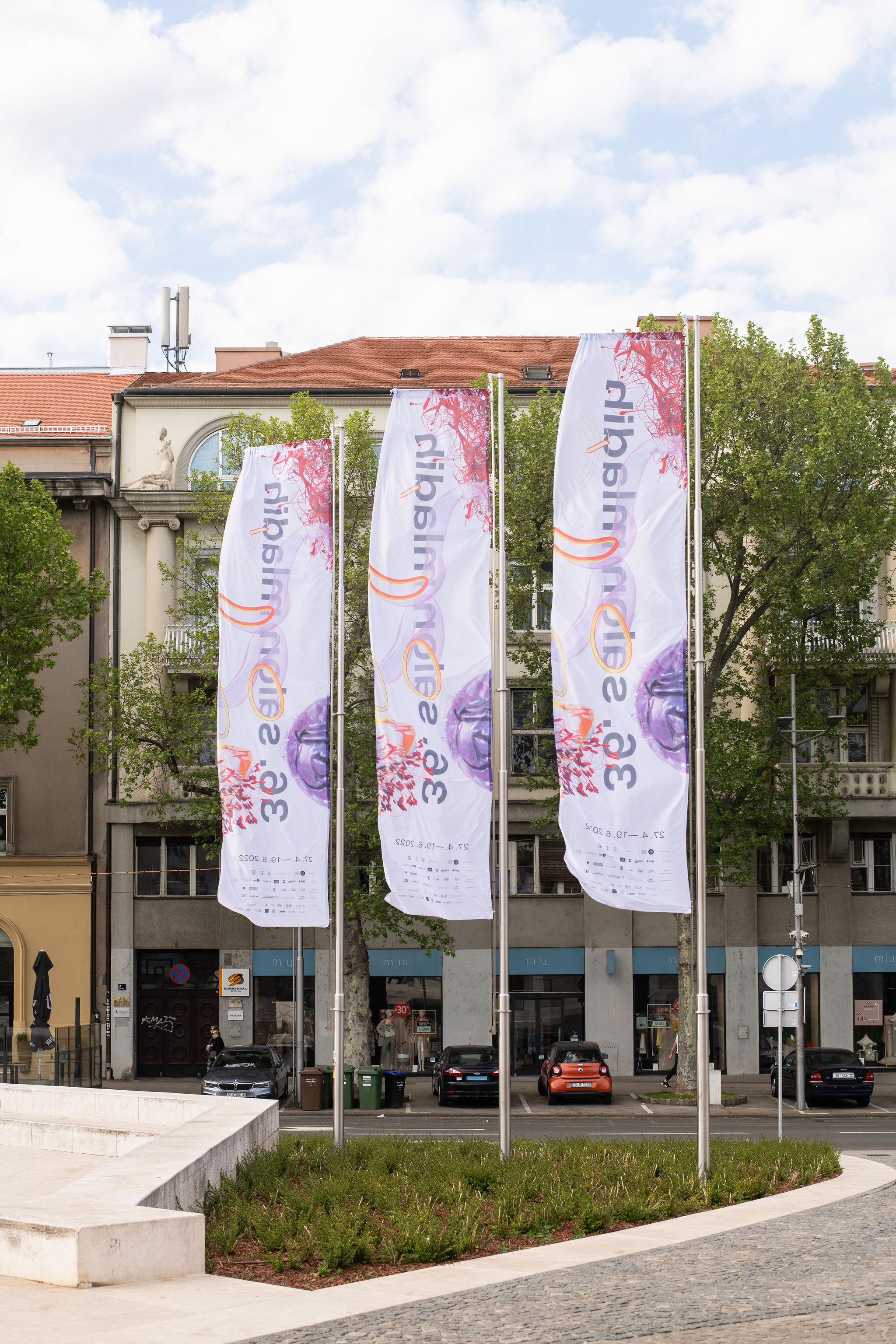 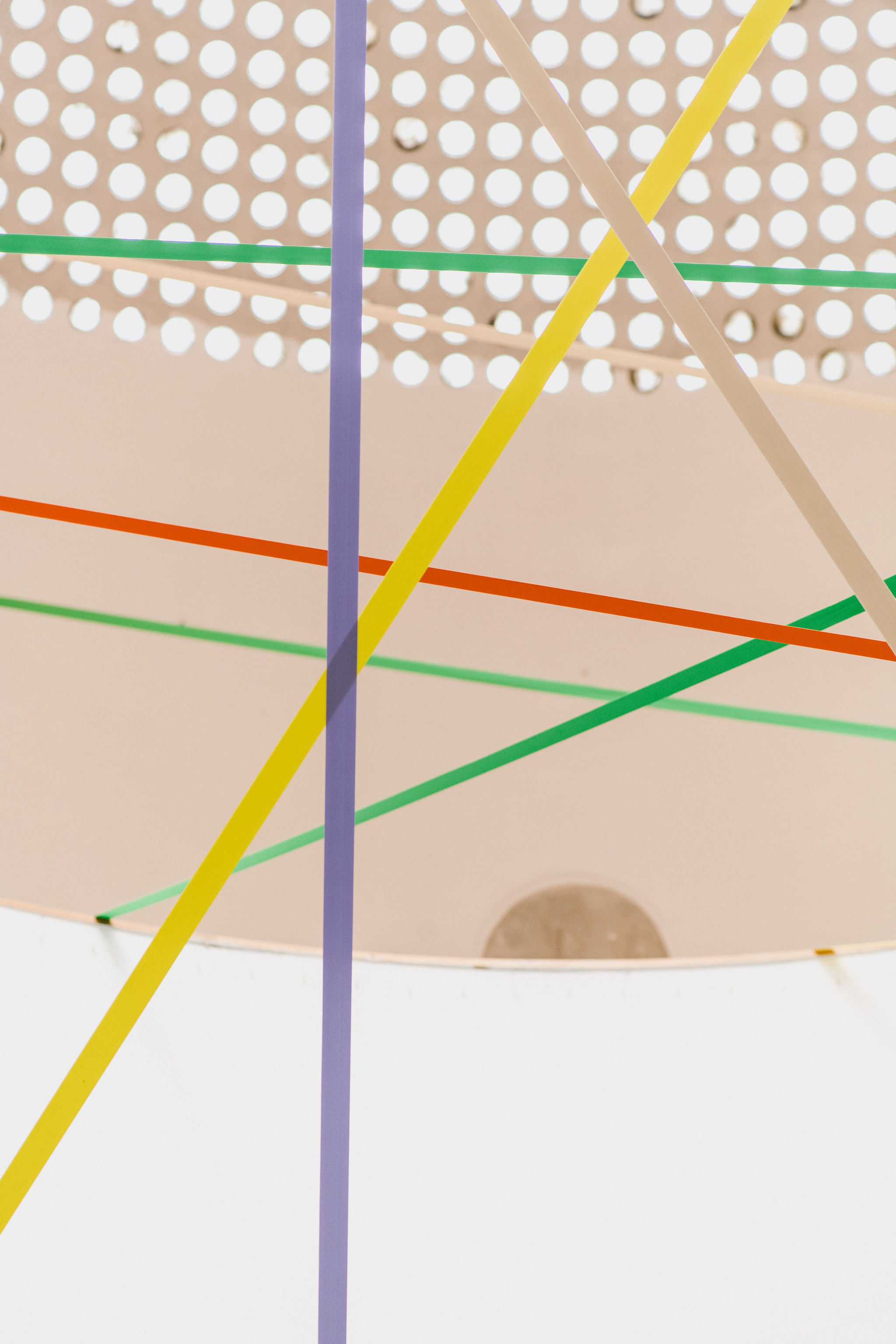 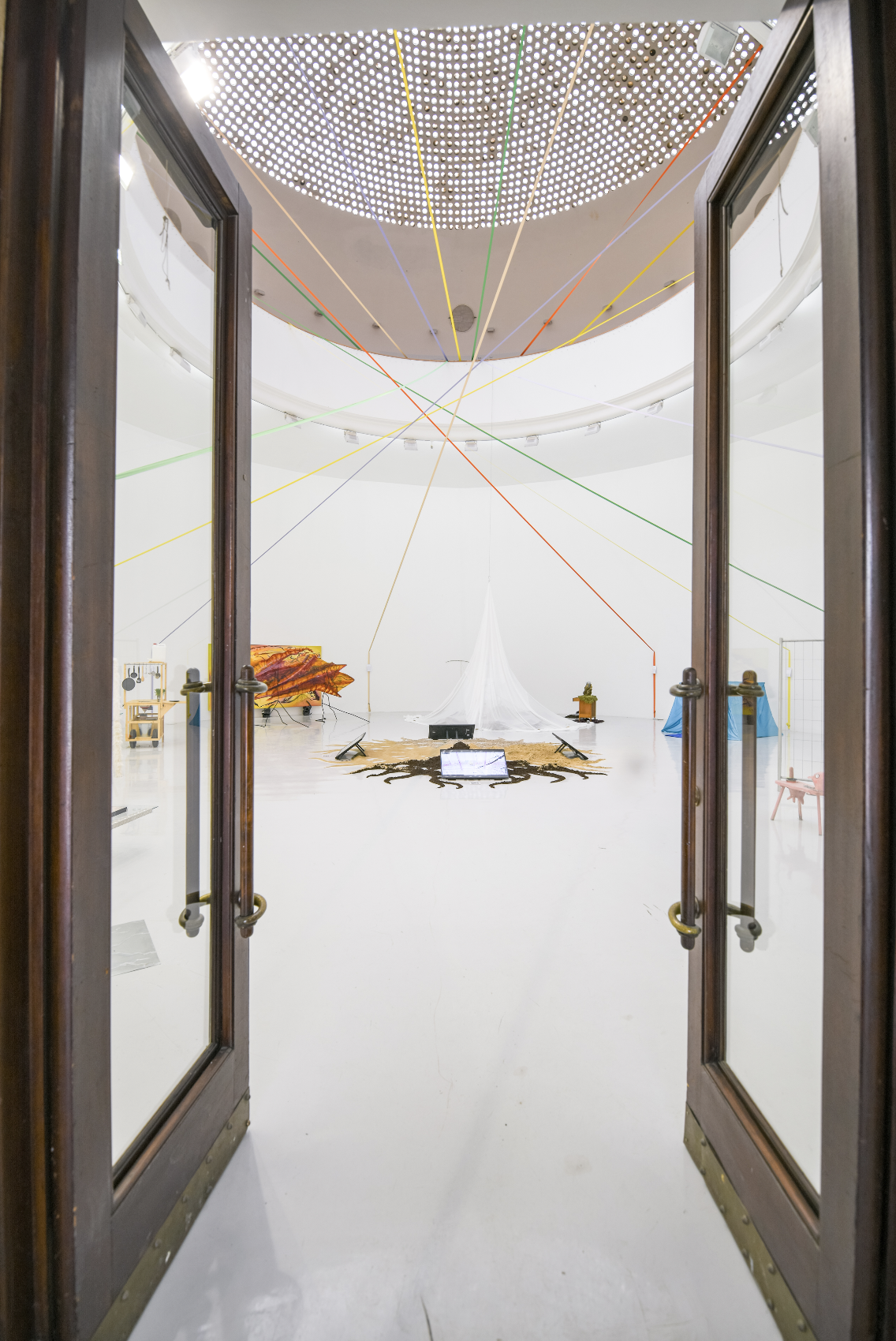 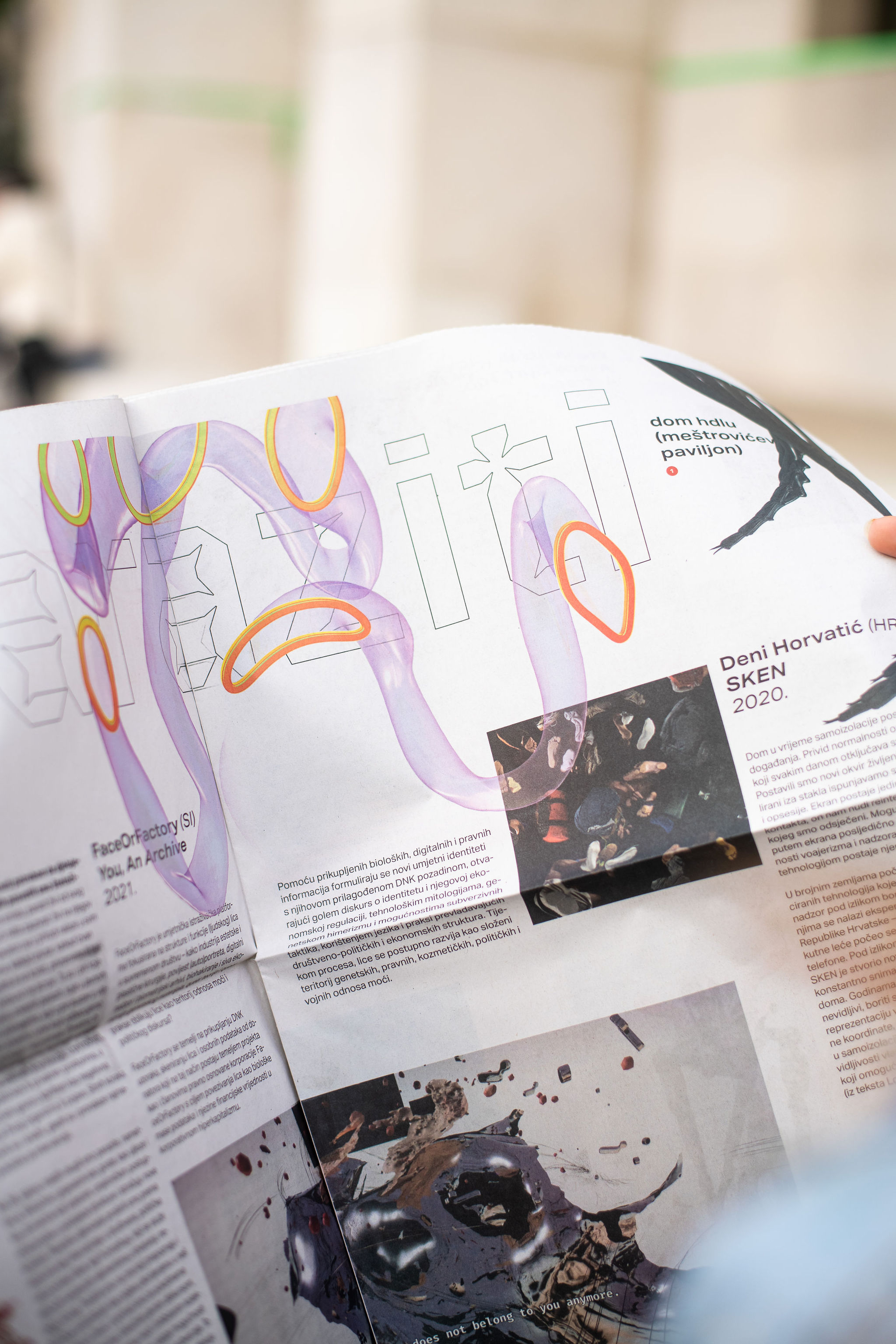 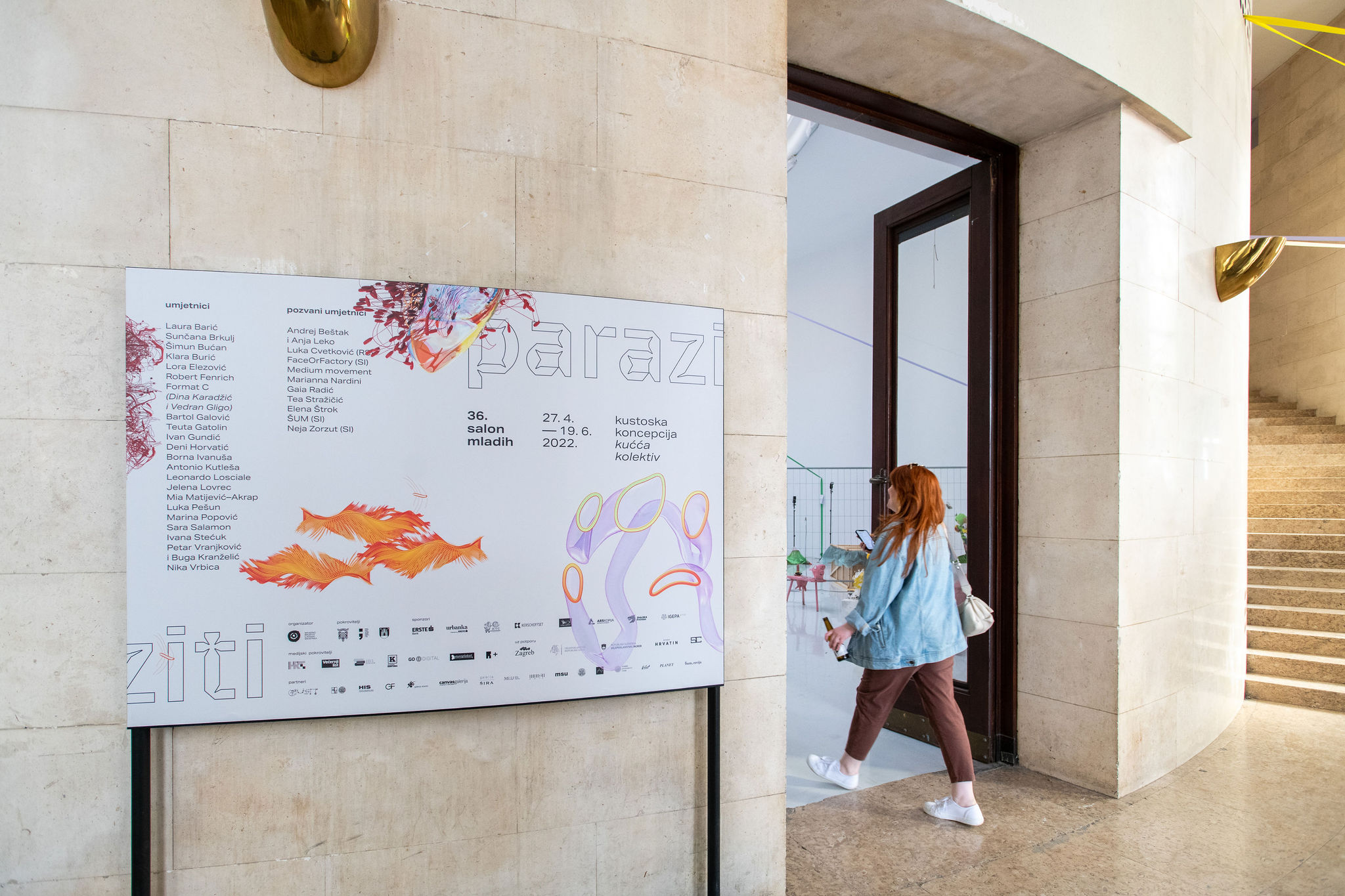 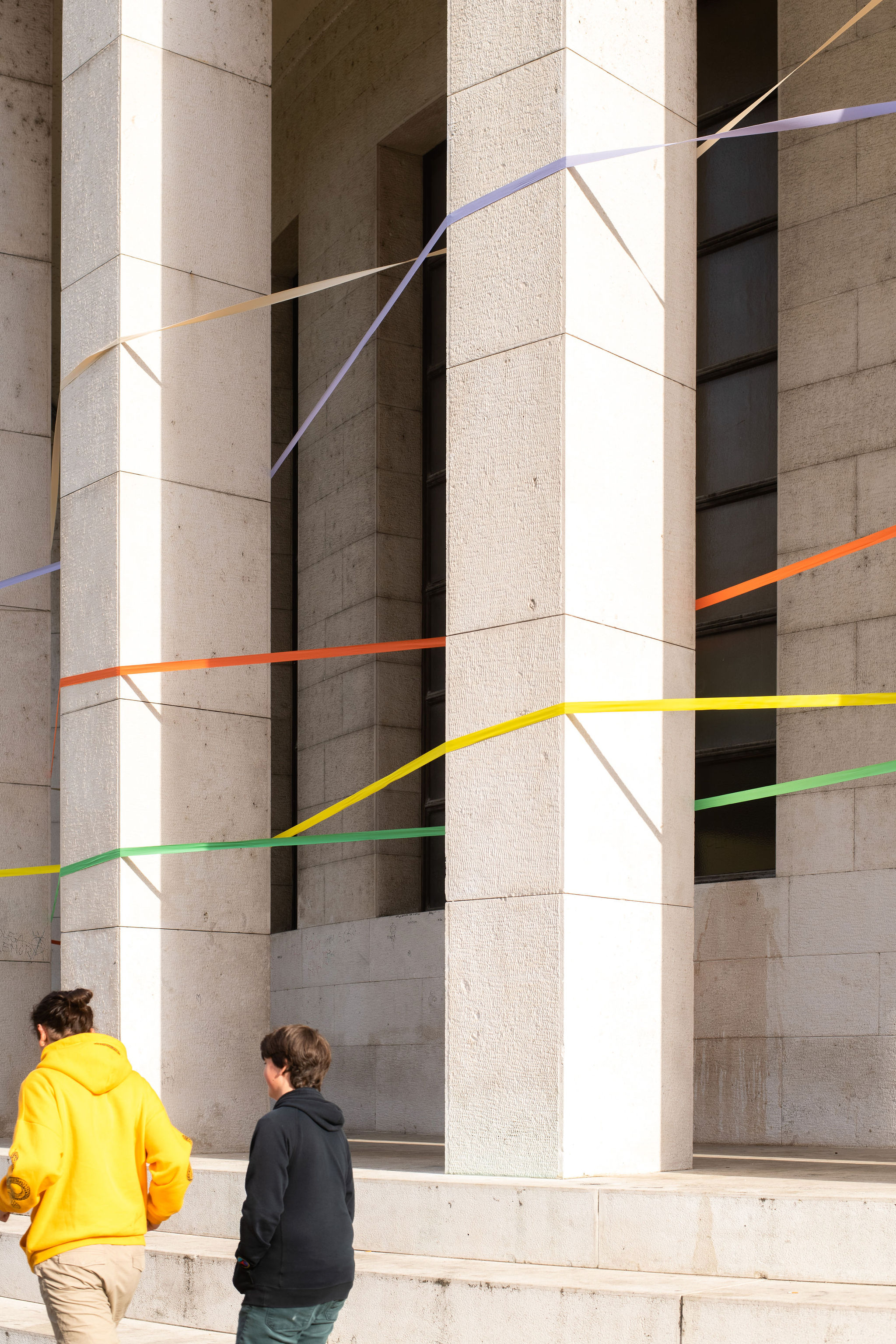