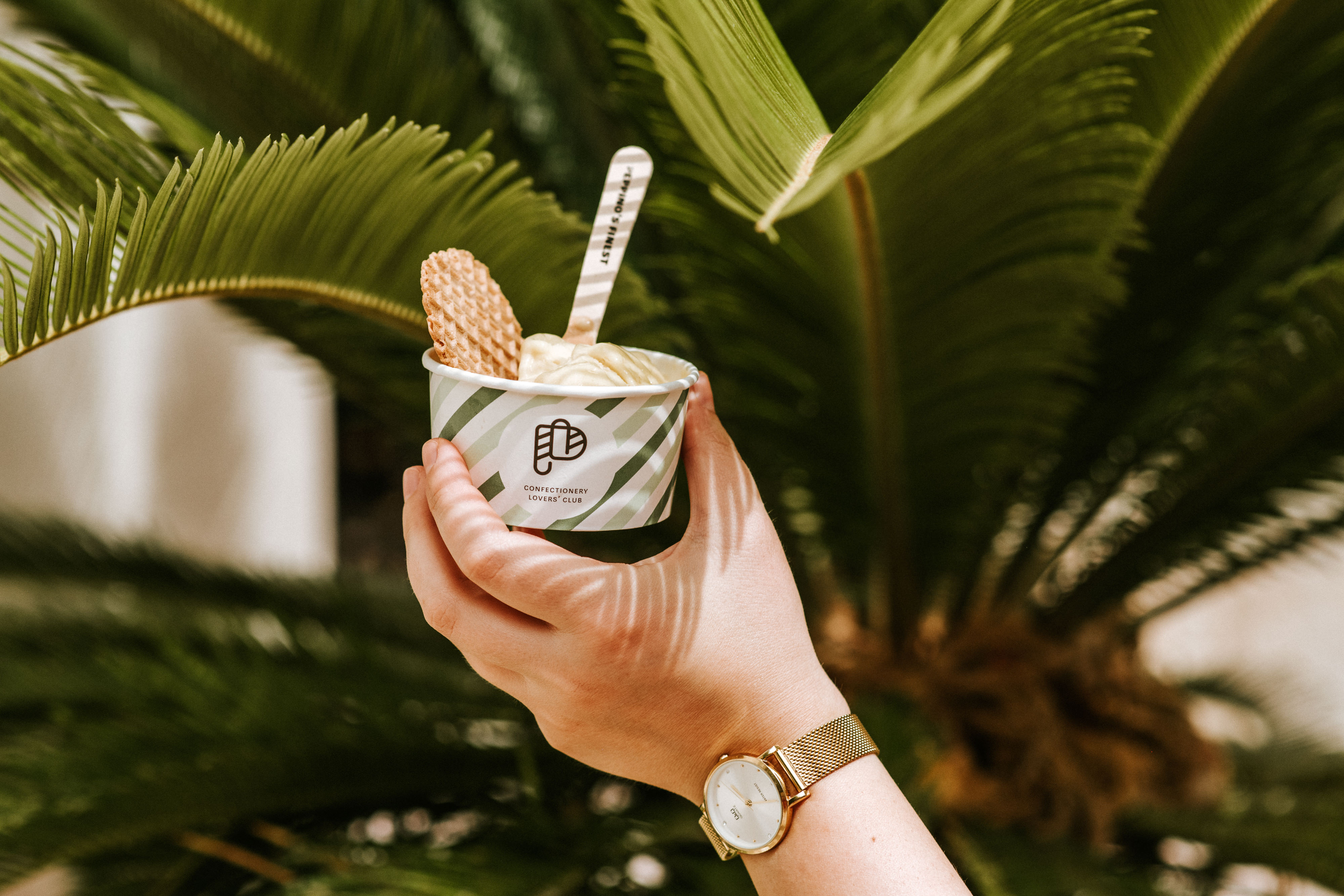 Peppino's Artisanal Gelato started in 2017 as a small local business with the simple idea of serving gelato instead of ice-cream. In 2020 it opened a second location in town, which made room for the expansion of the original brand concept into a lively, ever-changing identity that adapts to every newly opened venue. Starting with the flagship store as Peppino's Gelato Factory, then followed by Peppino's Gelato Garden, the franchise is designed to always introduce a new segment of Peppino's story into the brand picture. 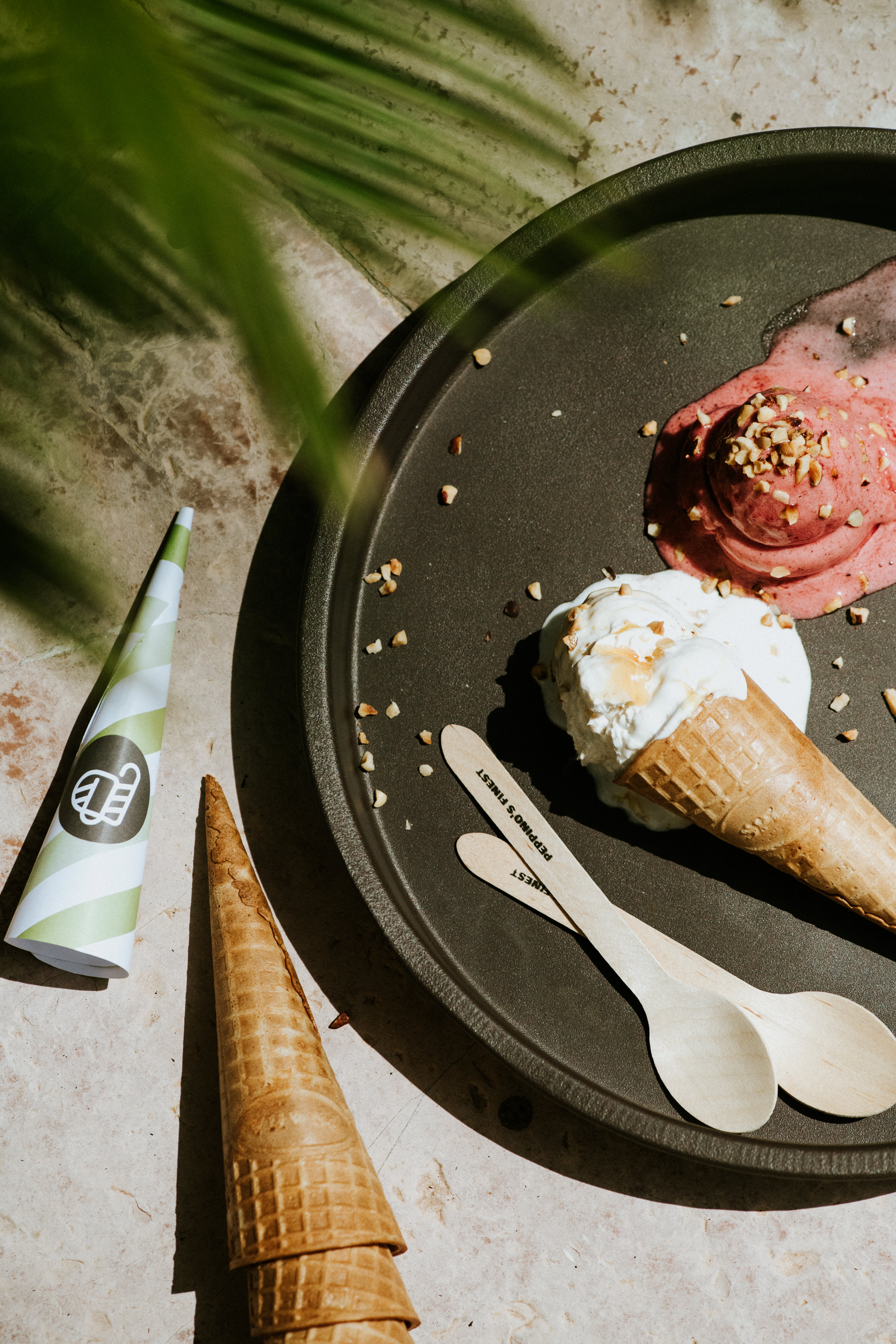 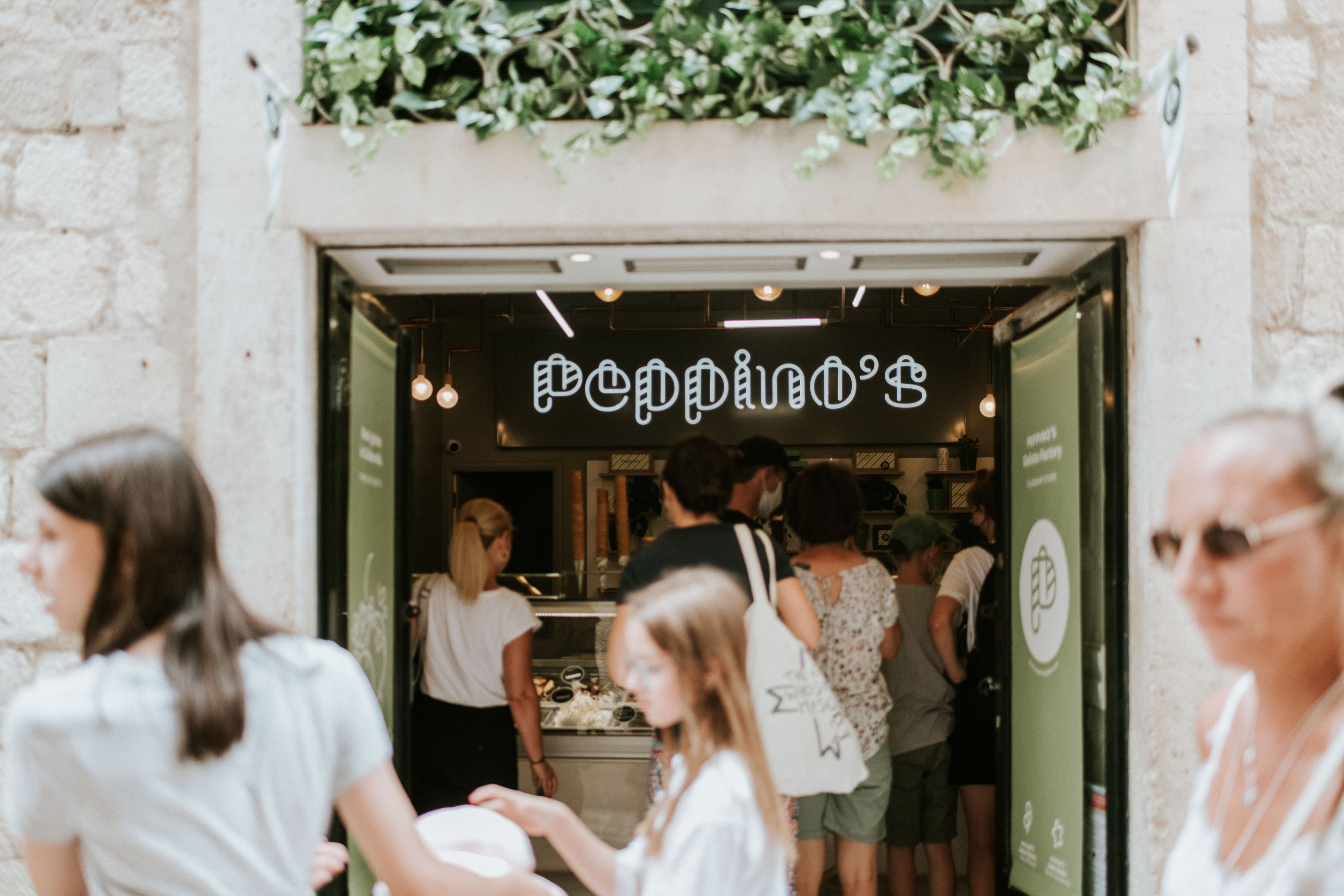 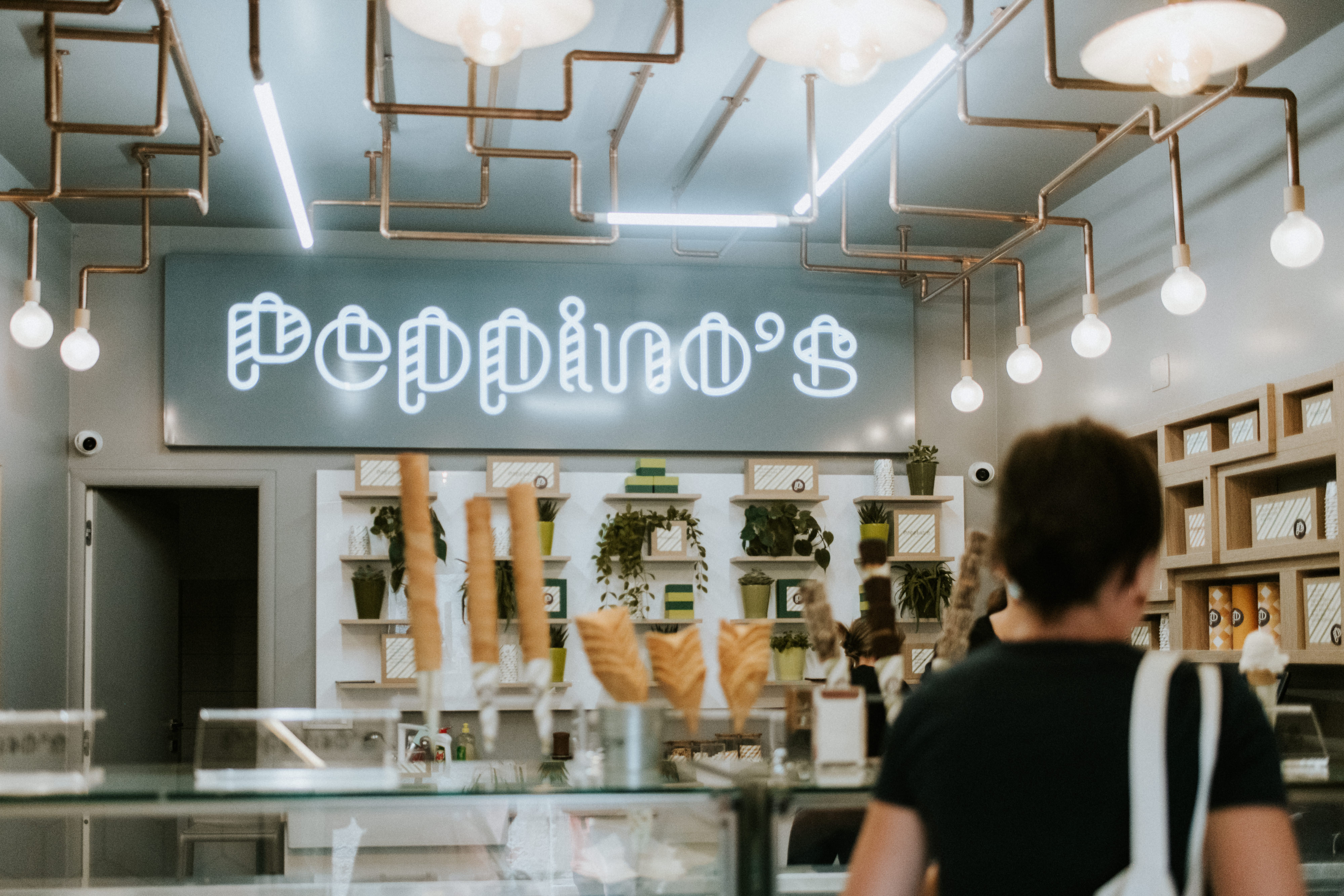 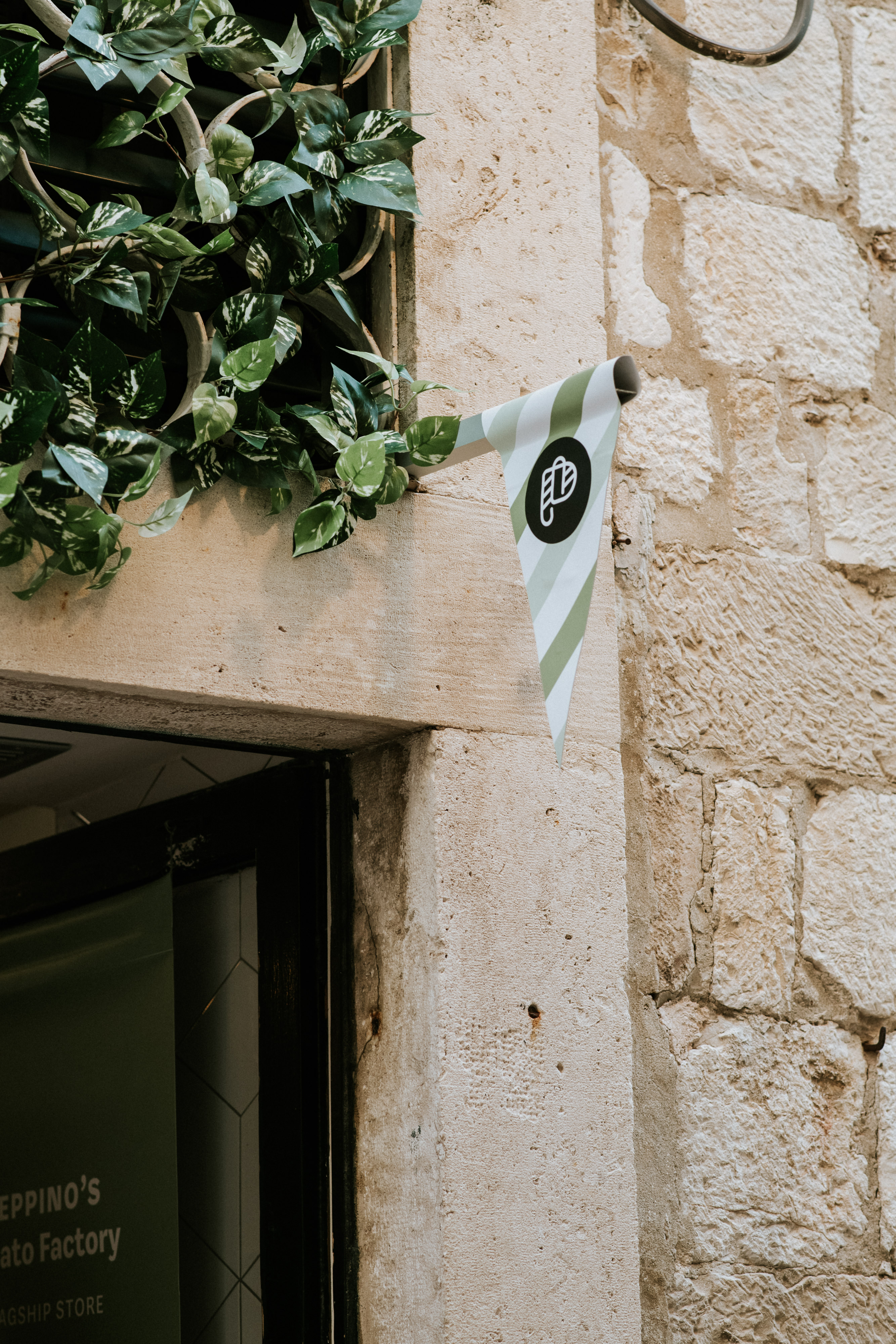 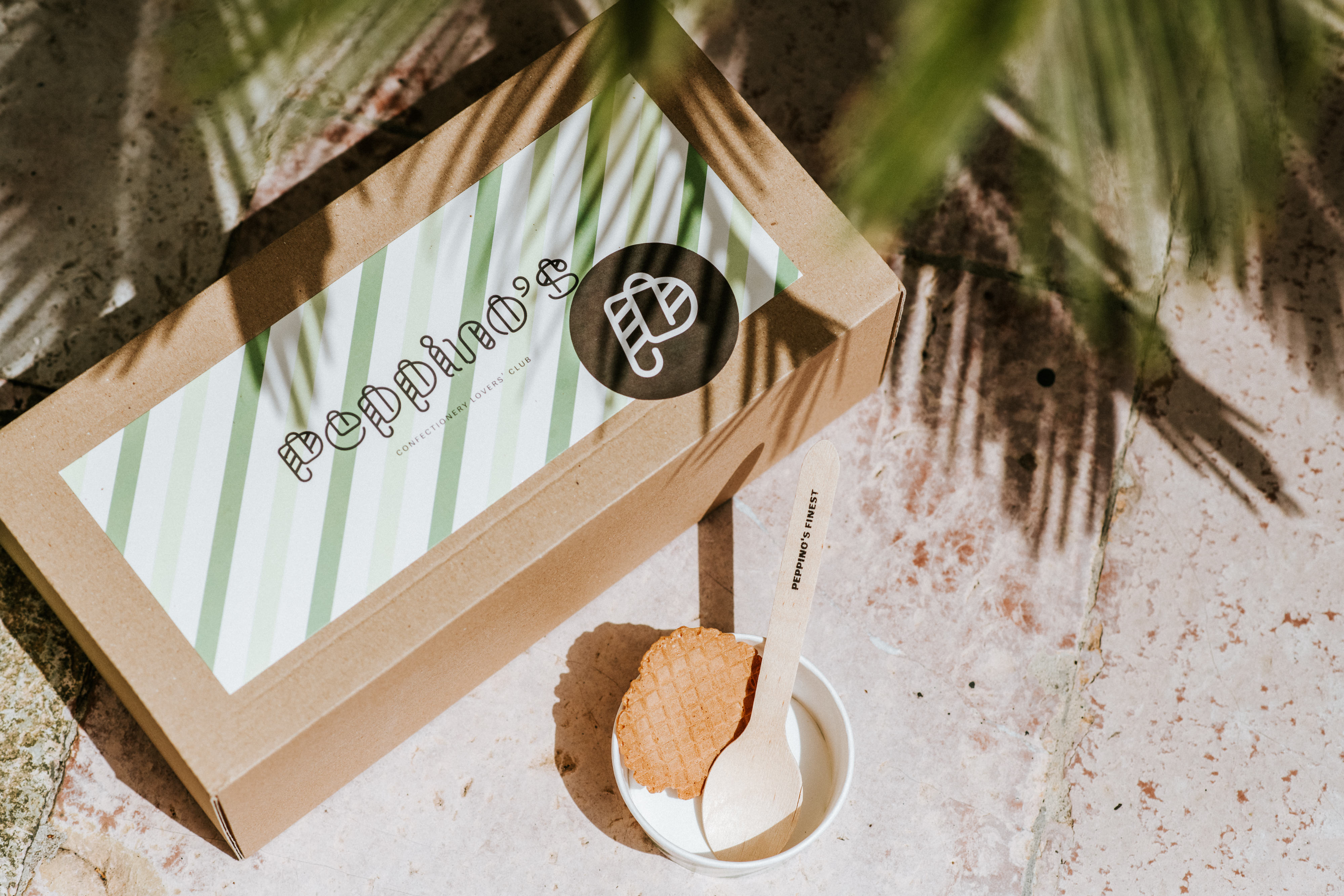 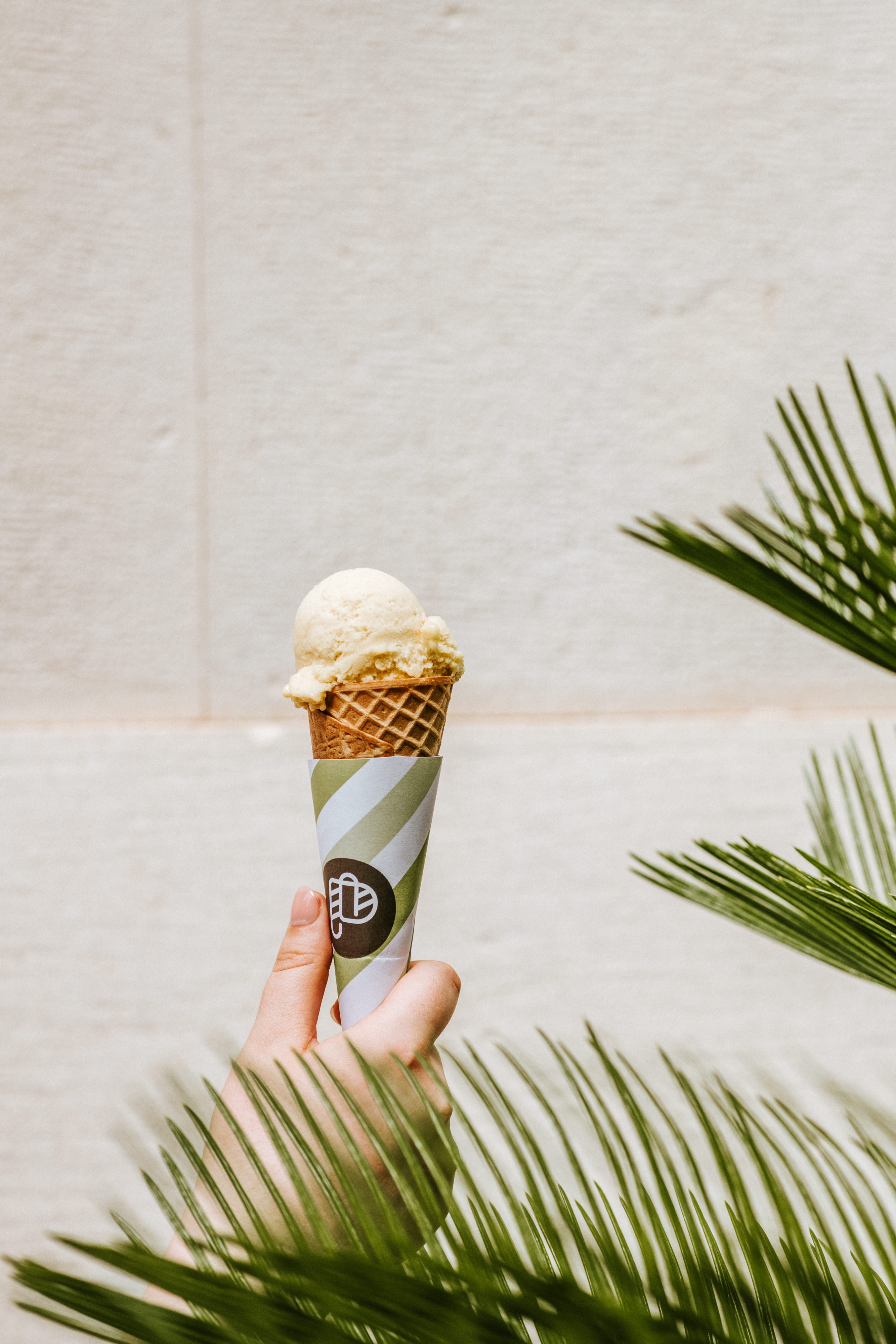 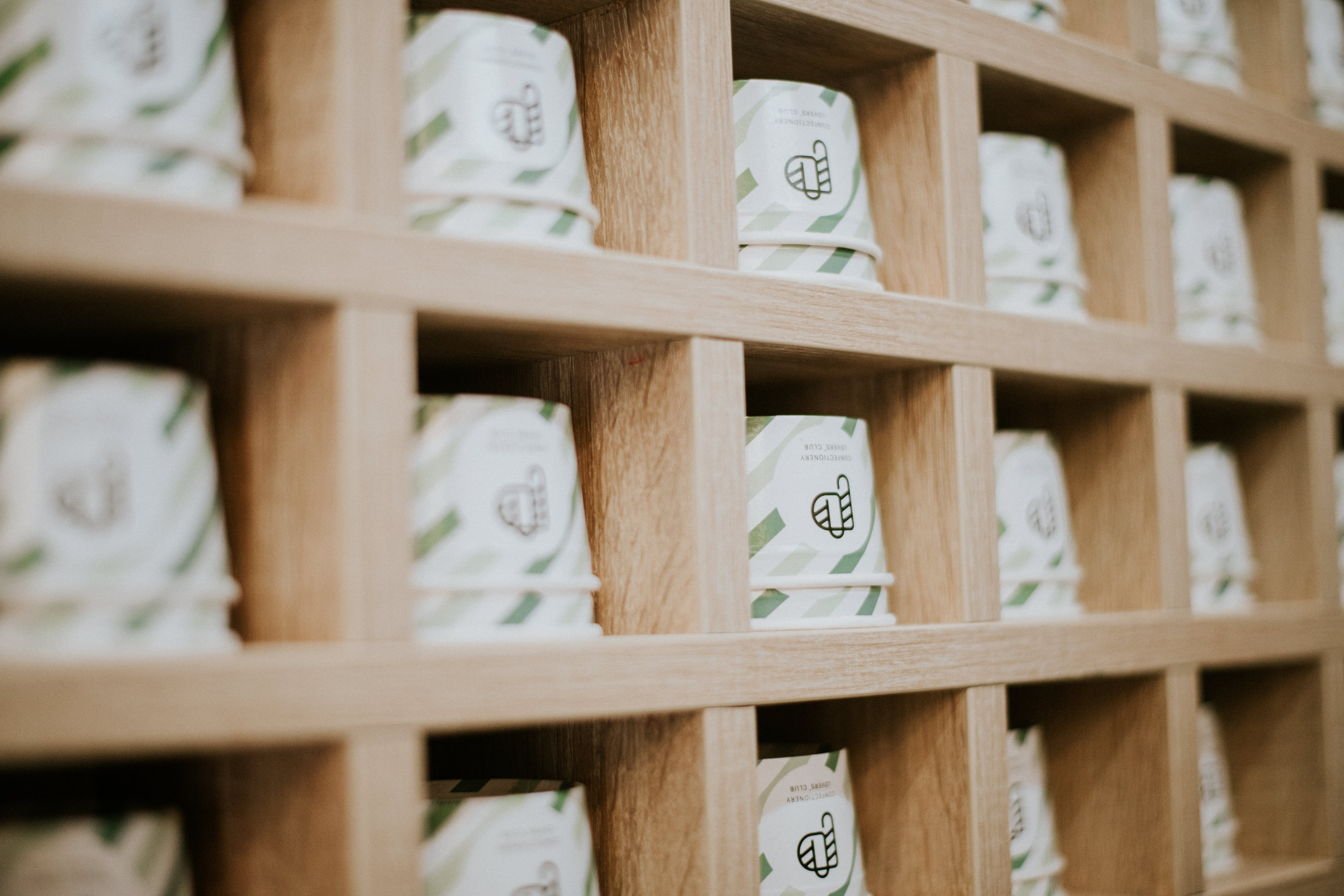 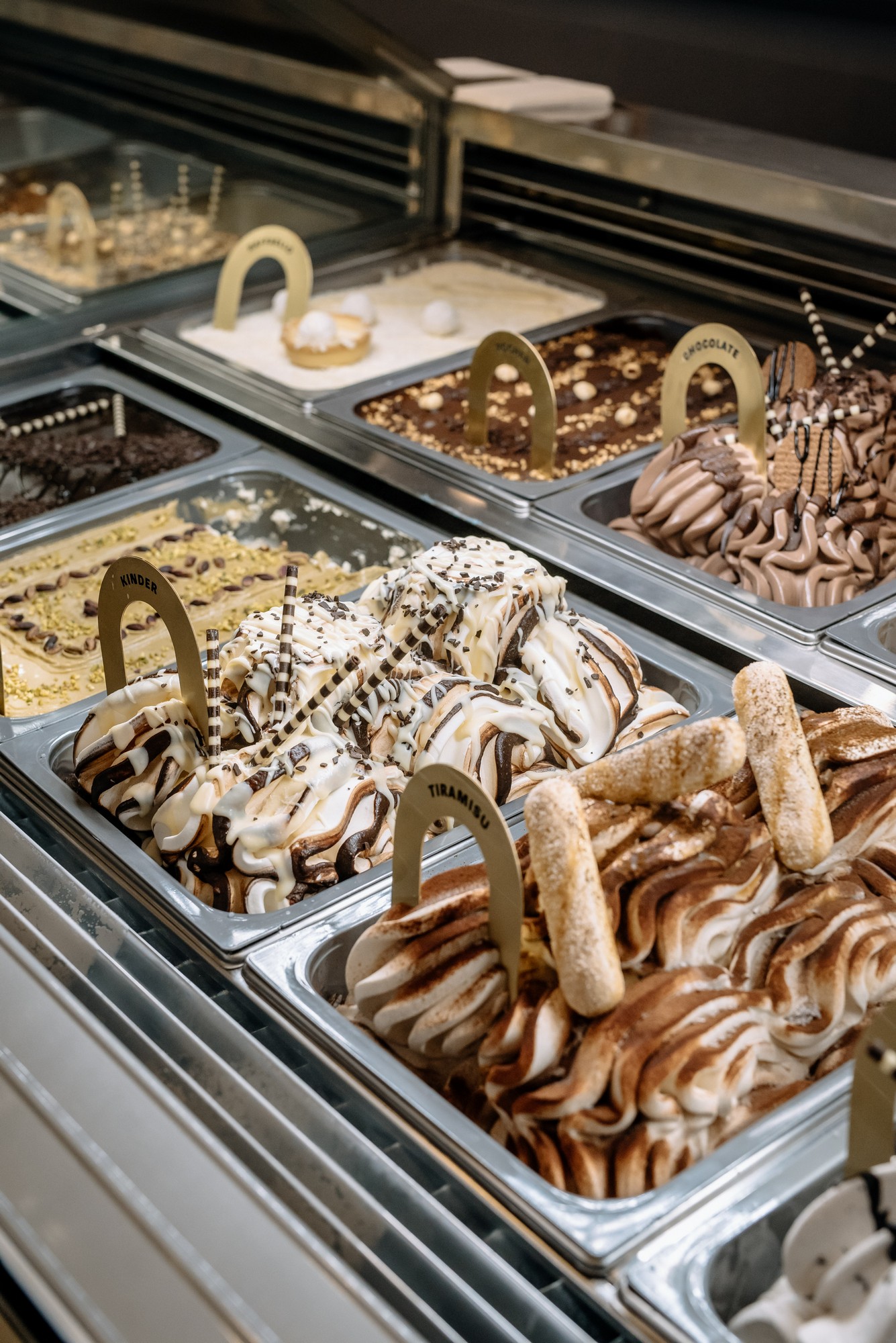 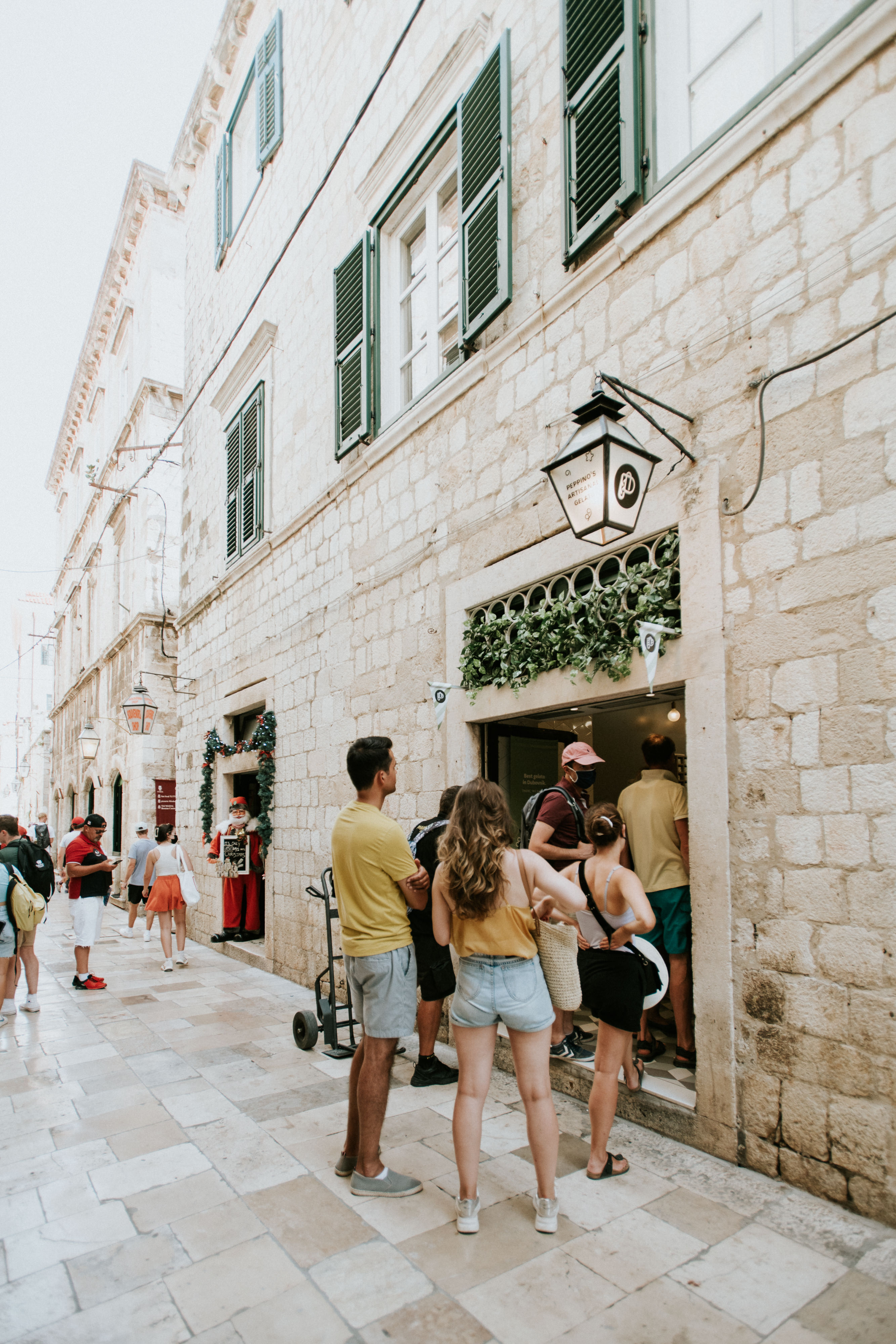 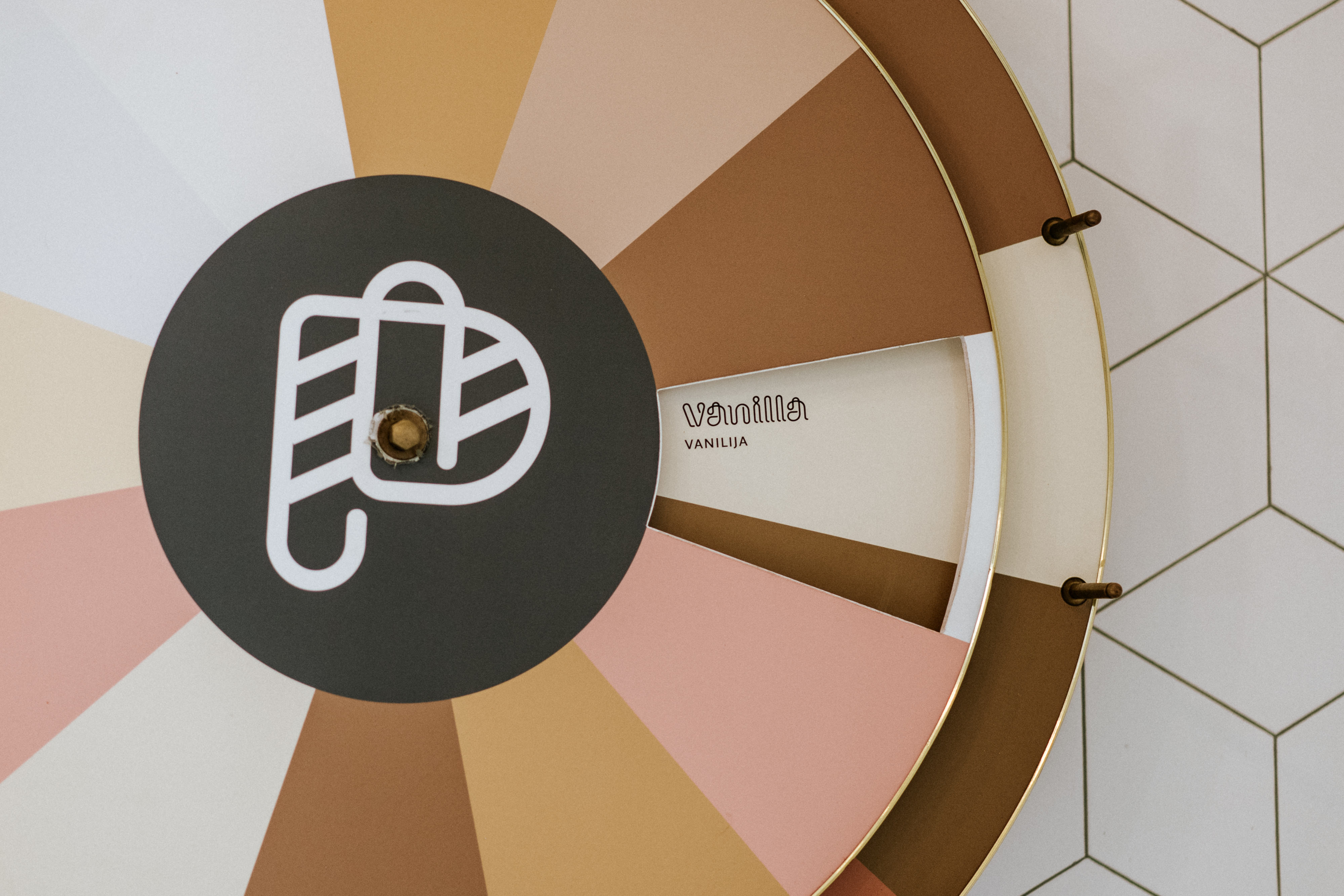 Named after the curious and welcoming character of Peppino – the stark tourist guide from the Croatian animated series “Professor Baltazar”, the brand was inspired by the playful aesthetic of the cartoon factory of wonders. 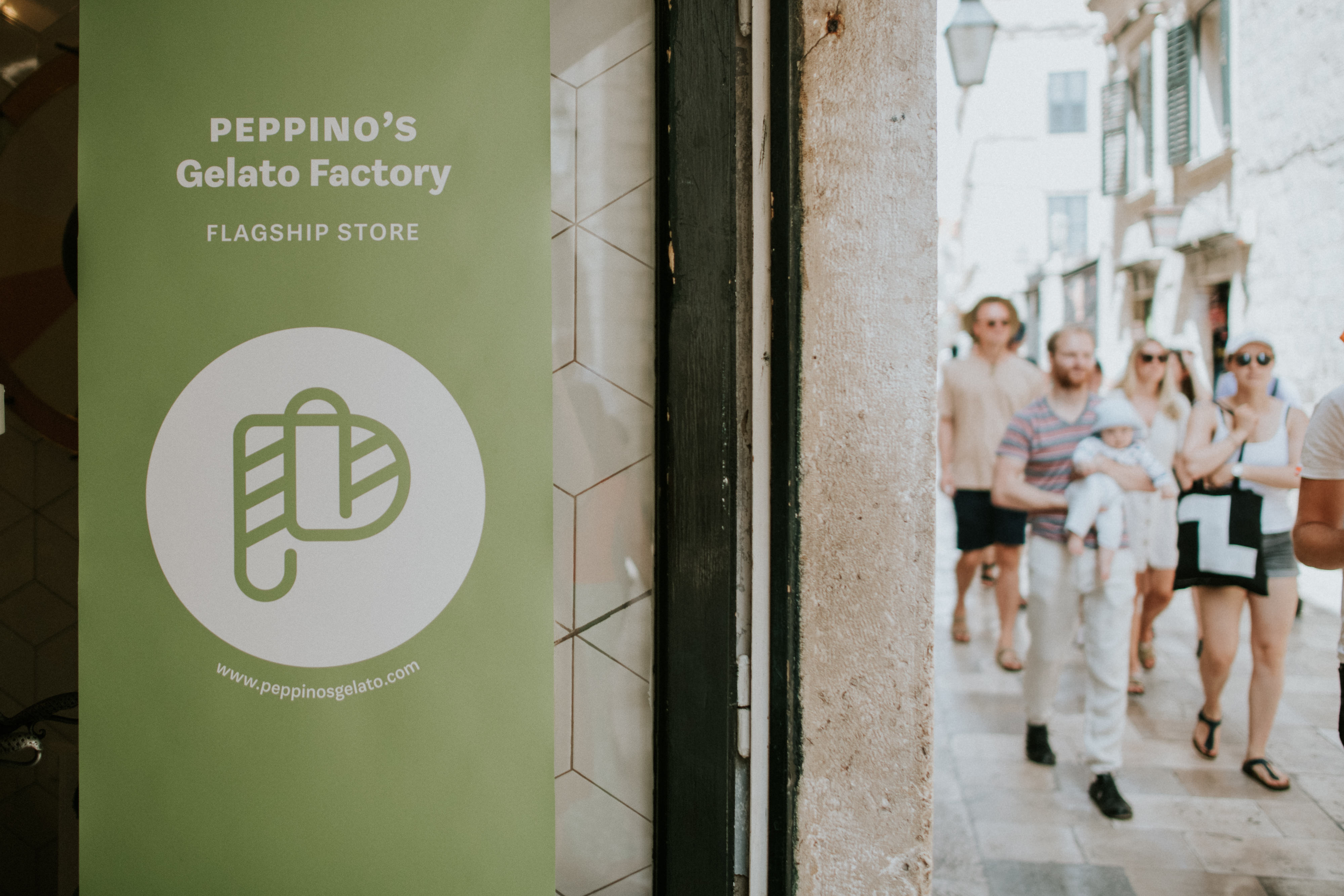 Designed in the style of an old-school factory, the Peppino's Gelato Factory venue (which will later on become Peppino's flagship store) features industrial elements - gray walls, classic metro ceramic tiles and plenty of packagings decorating the background of the scene. The ceiling is dominated by the impressive grid of copper pipes and lights, while the front area, although small, features two spinnable Wheels of Flavours, meant for the indecisive customer.